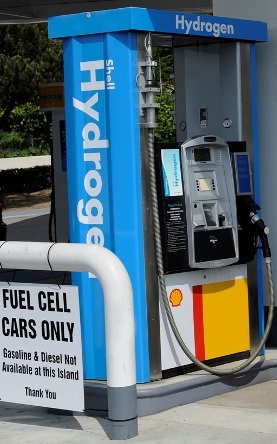 For years people have said that the only real replacement for internal combustion engines would be a hydrogen-driven motor, but that is too far off. Not anymore.

Car-maker Hyundai says it will release a vehicle next year that will be powered by a hydrogen fuel cell.

Hyundai, along with Honda, Toyota and others have been feverishly working on the next-generation of mechanical motivation. Hyundai appears to be the first to have tackled the considerable obstacles including high costs, safety concerns and a lack of filling stations.

Hyundai has attacked the only real market for hydro-cars at the moment, launching the pollution-free ride in Southern California where there are nine hydrogen filling stations.

Also at the Los Angeles show, Honda and Toyota will show off their fuel-cell concept vehicles, Honda says theirs will hint at the aerodynamic designs of its next generation hydrogen vehicle, expected in 2015.

Hydrogen cars have long been heralded as the solution to fossil-fuel burning forms of transport – and they certainly will cut down on vehicular emissions. Challenges still exist in finding the best way to generate hydrogen gas to fuel them (at the moment a large portion of hydrogen gas is sourced from fossil fuels), and the re-fuelling station infrastructure to make them a viable everyday option for motorists.

Providing there are no attempts to block the technology by companies strongly linked with the profits from current methods - as has been alleged in the past – hydrogen fuel cells could soon see all motorists cruising endlessly with no negative emissions, dripping just clean water from their exhaust.