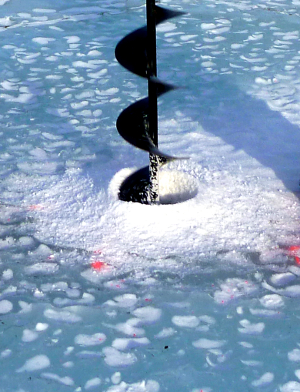 Authorities from Australia and around the world say Antarctica faces major risks, and more must be done to help.

Scientists say Antarctica’s ice-free areas – home to most of the continent’s biodiversity – need better protection from human impacts, as the frozen continent becomes a hotspot for tourism.

Most of the creatures on Antarctica live in the less than one per cent of the continent which is permanently ice-free.

A study by the University of Queensland and Monash University in collaboration with the Australian Antarctic Division has found that many of the continent’s ice-free protected areas are at risk from invasive species and human presence.

“With more research facilities being built and increasing tourism to Antarctica, the simple ecosystems are at risk from human activities including pollution, trampling and invasive species such as insects and grass,” UQ researcher Dr Justine Shaw said.

The study found that all 55 areas designated for protection of land-based biodiversity were close to sites of human activity, with seven at high risk for biological invasion. Five of the distinct ice-free eco-regions have no protected areas.

It has become clear that Antarctica’s protected area system is falling well short of the Aichi Biodiversity Targets – an international biodiversity strategy that aims to reduce threats to biodiversity, and protect ecosystems, species and genetic diversity.

Professor Hugh Possingham of the National Environmental Research Program (NERP) Decisions Hub said Antarctica was one of the last places on Earth without cities, agriculture or mining.

“It is unique in this respect – a true wilderness - and if we don’t establish adequate and representative protected areas in Antarctica this unique and fragile ecosystem could be lost,” Professor Possingham said.

“Although our study shows that the risks to biodiversity from increasing human activity are high, they are even worse when considered together with climate change.

“The combined effect provides even more incentive for a better system of area protection in Antarctica.”

The study - Antarctica’s protected areas are inadequate, unrepresentative and at risk - has been published in PLoS Biology.