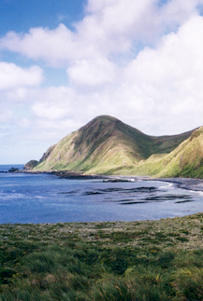 Australian scientists are calling for the Federal Government to come through with funding for the Macquarie Island research centre.

Early last week, the Australian Antarctic Division (AAD) announced cuts that would mean researchers only work at the sub-Antarctic island base during summer.

But after just a few days of heavy criticism, Federal Environment Minister Josh Frydenberg announced on Friday that he wanted to maintain a year-round presence on the island.

Former Australian Greens leader Bob Brown had organised a protest meeting about the cuts this week, but cancelled it after claiming victory in the campaign.

Scientists who work on Macquarie Island have expressed relief as well.

But Mr Frydenberg is yet to come up with any details on just how he will maintain a permanent presence at the base.

It is understood that he is in discussions with relevant figures, including some scientists who use the island.

International eyes will be watching to see what is in store for Macquarie Island’s future as a scientific hub.

NASA scientists use data from the station to study the ozone layer, and the station's broad role marine research is globally recognised as well.

But Macquarie Island’s science facilities are becoming run-down after operating for several decades, and the the base’s soil has shown signs of contamination as well.

The AAD says that without some upgrades, it will become an unsuitable place for scientists to live.

Researchers say now is a perfect time to bring Macquarie Island's infrastructure up to scratch, but they warn that the Government cannot cut corners when upgrading the base, or risk compromising their work.

Tasmanian Premier Will Hodgman has hinted that his government might be interested in providing some funds in for upgrades.