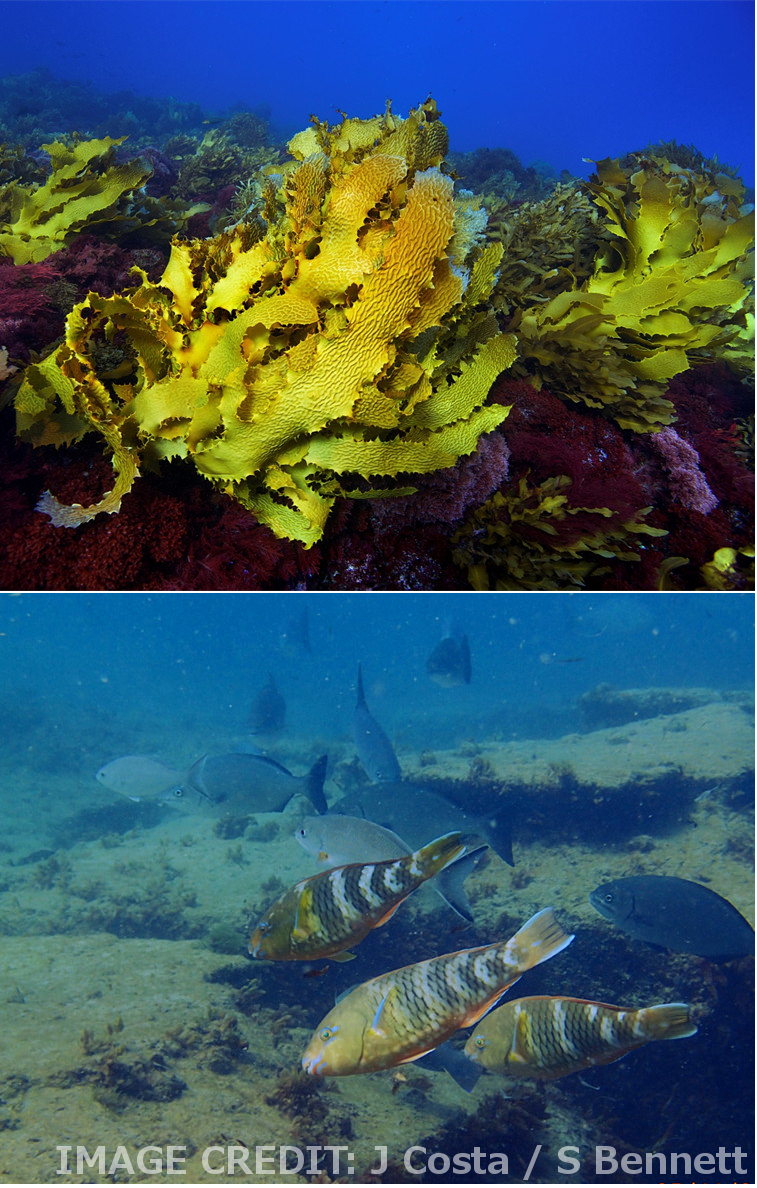 Marine scientists have uncovered the extinction of an entire kelp forest ecosystem along 100 kilometres of Western Australia’s coastline in the aftermath of a heatwave in 2011.

They say kelp forests in Western Australia have not experienced a heatwave of this significance before, and five years later, there are still no signs of recovery.

“They support globally unique temperate marine biodiversity, some of the most valuable fisheries in Australia and reef-related tourism worth over $10 billion per year,” he said.

“The research analysed data collected between 2001 and 2015 along 2,000 kilometres of the Western Australian coastline.

“Temperatures exceeded anything previously experienced by these kelp forests and they collapsed, allowing turf algae, tropical and subtropical fish, seaweed and coral to increase rapidly.

“The heatwave combined with decades of ocean warming has broken down long-standing biogeographic boundaries with lasting consequences.

“Five years after the heatwave, many cool water fishes, seaweeds and invertebrates have disappeared and been replaced by reef communities from more typical tropical regions.”

At the same time, warmer-water tropical grazing fish have increased substantially in abundance, and now prevent kelp forests from recovering as well.

The findings are contained in the latest report from a research team that has been studying this specific marine region for almost 15 years.

The experts say that the extensive loss of kelp forests in Western Australia should be a strong warning of what the future might be like for Australia’s temperate marine environment.

Robert Day, an Associate Professor in the School of Biosciences at the University of Melbourne, described the importance of the seemingly innocuous seagrass.

“The kelps along our coasts are important because they provide food and shelter for many animals. Kelp forests are some of the most productive marine habitats and are associated with important fisheries such as abalone and rock lobsters,” he sai.

“The plants protect themselves from being eaten with protective chemicals, but once removed, fast growing small seaweeds cover the rocks, and many tropical fish (such as parrotfish) and urchins feed on these.

“Small plants of the kelps are likely to be removed by these fish or urchins before they get large enough to be avoided due to their chemicals. Thus, it may be that the kelp forests that have been lost will never recover.

“The seas on both our east and our west coasts have been warming and have experienced recent warm events.

“As warm tropical waters are far less productive than the colder temperate waters, we stand to lose many fisheries from the affected areas,” A/Prof Day warned.