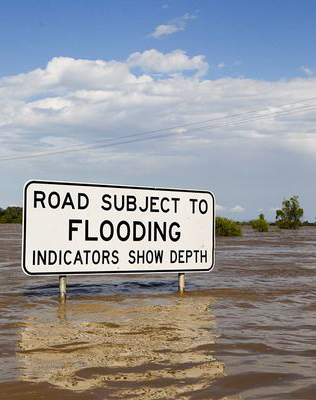 Millions have been pledged to floodproof the Tasmanian town of Latrobe.

The state and federal governments have put up a combined $4.4 million for the project ($3.4 million in federal money) to help the town rebuild from devastating floods of recent years and hopefully avoid damage in the future.

“The Latrobe area has been severely impacted by flooding over the years, particularly in 2016,” said federal minister Angus Taylor.

“We know this support will ensure the best long-term solution for Latrobe.

“That will include flood barriers and a range of other initiatives to ensure we never see a repeat again of what we saw in June 2016.”

“With our $1 million contribution and with a further contribution by the Latrobe Council, we'll see up to $5 million invested to this necessary infrastructure project.”

The Latrobe council has made four key recommendations, including protecting developed properties from the modelled Mersey River floodwaters and increasing the flow capacity of Kings Creek.

“We'll start work almost immediately on the engineering and design components, which council will fund and then we'll get construction underway as soon as possible.”