Lazarus fights to keep gas in the ground 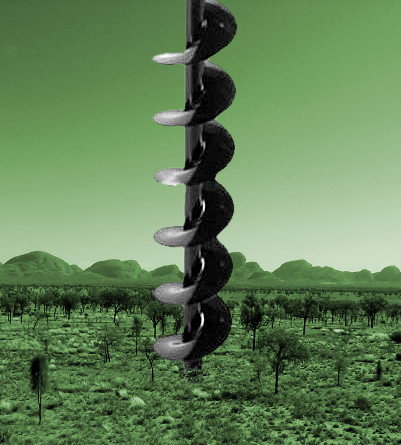 Queensland senator Glenn Lazarus has been on an anti-CSG educational trip to the Northern Territory.

At an anti-fracking meeting in Darwin, Senator Lazarus said he would not rest until Australian land owners are given the right to reject gas exploration on their properties.

He has also joined calls for a halt on coal seam gas (CSG) mining project.

Sentaor Lazarus urged Northern Territorians to keep up their campaign against hydraulic fracturing or ‘fracking’.

“One of the things we can do is create as much noise as possible. I've got to hope there's something we can do,” Senator Lazarus said.

While the CSG extraction process is different gas fracking, the Senator says the environmental effects are similar.

He said it would bring health and environmental impacts like those seen in Queensland to the NT.

Twenty-four wells have been approved by the Northern Territory Government this year, according to the Environment Centre NT.

The Department of Mines and Energy disputes the figure, saying it is actually six.

The NT Government promised to look at the regulations and science surrounding fracking after a big rally at Parliament House in September.

Mines and Energy Minister Dave Tollner said at the time that the Government had “decided to go slow on hydraulic fracturing so that we can make sure we have the science right”.

“We've already commissioned Alan Hawke do to an inquiry, who says we have sufficient regulation to proceed.”

Roper River pastoralist Daniel Tapp had to drive for seven hours to make the meeting in Darwin.

Mr Tapp said the Big River Station he owns is in an area that has been approved for exploration.

“It doesn't do our water or environment any good at all.

“Where it's happened everywhere else in the world they've got no water and their farmland's buggered. They can't farm it.”

“We've got no reason to believe that we're going to be safe,” he said.

“Regulations of this industry haven't been put in place. We don't know what they're going to be. It's really stressful.”

He said the environmental risks were enough evidence to put an end to fracking.