Locals fine with water leaving, Greens say it should stay 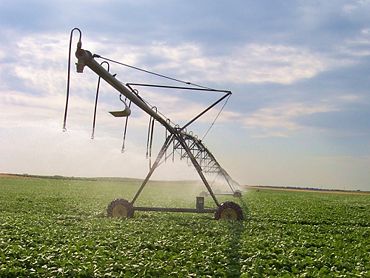 The Commonwealth Environmental Water Holder has announced it will sell water back to farmers in parts of northern NSW.

The call means the Commonwealth will put up a number of its annual water allocations for sale, a decision which has been welcomed by the NSW Irrigators Council and the Murray Darling Basin Authority.

The plan has angered some, but Citrus grower and South West Water Users chairman Alan White says it is a return to better days.

“The Murray Wetlands Group is a very good example of where this system's worked well in the Murray previously,” Mr White said

“A long time ago before this environmental watering regime became popular they started doing a lot of good work, and they acquired some water licences as a consequence of some water savings at Moira Lake, which is on the Murray River.”

“The reaction against it from some environmental groups really just displays absolute ignorance of how wetland ecosystems operate in Australia,” he said.

The reaction from environmental groups has been strong, with the Greens’ environment spokesperson Lee Rhiannon saying it will undermine the recovery of the Murray-Darling ecosystem.

“When you start the sell-offs, particularly when it's driven by a Coalition government, you're opening the door to winding back the small achievements that have been made in terms of restoring health to the Murray-Darling basin,” she said.

“There looks like there is a budgetary driving factor here, in that the Government is moving through all the departments looking for savings.

"Again, the environment and communities along the Murray-Darling basin are suffering because of that obsession that the Government has,” Ms Rhiannon said.

“We're not sure exactly which valleys will be having water sold back to potentially irrigators or anyone that wants to buy it and we're very much looking forward to seeing how that's going to work,” he said.

“We want to see this work, but the reality is that we are entering a drying phase. We had three years of floods, record floods in Australia across the east coast. We're now entering that drying phase.

“We look forward to Commonwealth Environmental Water Holder maturing enough to realise that Australia is a land of extremes and that sometimes selling water makes environmental and economic sense.”

The Commonwealth Environmental Water Holder has put a 10 gigalitre water allocation up for grabs, more details are available at their website.