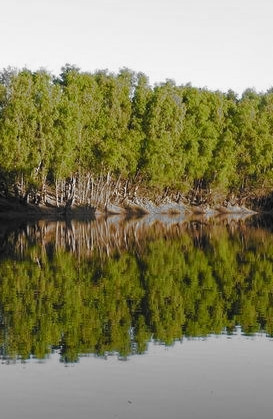 A push for large scale irrigation in north Queensland appears to have slowed to a trickle.

The Flinders Rivers has held up as the next food bowl of Queensland after a moratorium on irrigation water was lifted in 2012, but reports say less than 4 per cent of water allocated in the river is being used for cropping.

The Queensland Government has issued two rounds of water allocations, offering 179,500 megalitres to prospective farmers, but AgForce says more is needed to kickstart an irrigation industry.

“I was up here about six years ago when they were first starting off and when I've come back the second time we haven't seen much stuff happening,” AgForce spokesperson Kim Bremner said.

The farming lobby has begun helping with applications after several applicants were knocked back in the last round.

“It's a real concern that 31 people actually went to the trouble of putting in an application and they don't find out why they missed out or how they missed out,” he said.

The Department of Natural Resources and Mines says its next water releases would be at a fixed price to make the process more transparent.

The Queensland Government’s next water release is planned for the Gilbert River catchment to the east of the Flinders.

Local mayor Warren Devlin says efforts should be made to try and address water infrastructure issues at the same time.

“It's like the chicken or the egg. Do you build a dam and then the proponents or the irrigators will come or do you put a water allocation out there and hopefully people will come and build their own infrastructure,” Cr Devlin said.