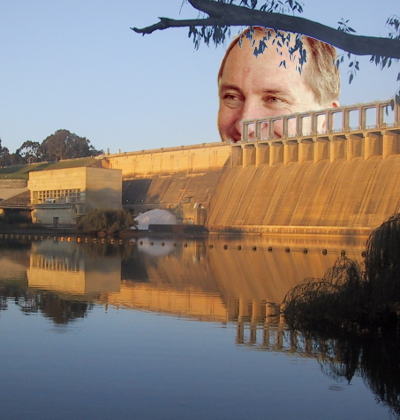 The first real act of Australia’s new Prime Minister has been to shuffle around government responsibility for water.

Under a new Coalition agreement between the Nationals and the Liberal Party – struck on Prime Minister Malcolm Turnbull’s first day in the job - responsibility for water policy has been given to Agriculture Minister Barnaby Joyce.

Liberal members have controlled the water policy for the last two years, but it is something that the Nationals have long coveted.

The party that holds farmers’ interests most central now has ultimate responsibility for delivering the Murray-Darling Basin Plan.

It is a move that has angered conservationists but pleased irrigators.

National Irrigators Council chief executive Tom Chesson hopes the change will let the farming sector to capitalise on the bourgeoning opportunities in agriculture.

“We stand ready willing and able to export the cleanest greenest disease-free food to key markets,” he told reporters.

“We want to be a key partner in the new Prime Minister’s economic pitch to the nation and we [farmers] are in pole position to do much of the heavy lifting, but we need to get rid of the high cost green tape red tape which is holding us back.”

He said he hoped there would now be a “speedy release and resolution” of the government's response to the Water Act Review.

“We're also looking forward to a renewed focus on the social and economic costs of the Basin Plan to communities,” Mr Chesson said.

“[Turnbull] was father of the water act. It was his baby, he dreamt it up.”

“There is a recognition in the Coalition that they have to do the water recovery with least pain to the community,” the group says.

“We would urge him to get out there and see what is happening to these communities so he can ensure they have a strong future.”

But the Australian Conservation Foundation (ACF) is less excited, criticising the decision to move the water portfolio.

It makes “no more sense to manage water from the agriculture department than from the mining department”, according to ACF spokesperson Jonathan La Nauze.

“Water is a national issue, not an issue for the Nationals,” Mr La Nauze said.

“With all due respect, we have little confidence that Barnaby Joyce could be trusted to keep the nation's rivers and our native fish healthy.

“This is a man who expresses contempt for Australia's wildlife on a daily basis, in fact he seems to have turned it into a sport.”

Opposition MP Tony Burke was asked about the move on ABC last night.

“When John Howard took water off the Agriculture portfolio and gave it to the Environment portfolio, he did it largely because of the Murray-Darling Basin,” Burke said.

“And it was understood that you needed somebody who would put the environmental interests and make sure that they weren't going beyond critical stages.

“When I brought down the Murray-Darling plan: yes, I got broad bipartisan support but a disallowance was still moved by a member of the National Party.

“The state that's most affected in terms of the over-allocation from the river is South Australia, the one state where the National Party holds no representatives.

“This is a big call and could only be done with an agenda to undermine the bipartisanship we've seen in trying to bring the Murray-Darling back to health.”