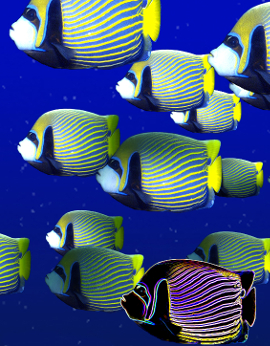 Researchers have released ground-breaking findings which dismiss a common theory of biodiversity, and could change the way some environments are managed.

Researchers at James Cook University have dismissed the ‘Neutral Theory of Biodiversity’, with critical implications for marine conservation.

The international study has used new mathematical methods to overturn the long-used theory.

In neutral theory; species become common or rare as a consequence of random processes, or chance variation in who a predator happens to eat, or whose dispersing offspring happen to land on a vacant area of the seafloor.

The new study shows that these random processes are not strong enough to explain the large differences between common and rare species.

The theory has dominated biodiversity research for the past decade, and been advocated as a tool for conservation and management efforts.

James Cook researcher Professor Sean Connolly explains that it is often the abundant species that deliver substantial benefits to ecosystems, such as providing habitat for fishes, or keeping reefs clear of seaweeds. But he says when neutral theory underpins marine conservation, species are treated as swappable.

“So the theory implies that, if you lose a really abundant species, then another can simply increase in abundance to take its place,” Prof Connolly says.

“These species have unique features that allow them to be so abundant, and to play those key roles.”

The international study looked at 14 different marine ecosystems sampled at 1185 locations around the globe.

The datasets ranged from the polar to tropical regions, from deep-sea to shallow coral reef environments and intertidal zones.

It includes vertebrates as well as invertebrates, from plankton, to clams, to coral reef fishes.

To overturn neutral theory, the study used a novel mathematical method that identified common predictions of the different models that form the theory. These predictions were then tested against this wide array of marine ecosystems.

The study has been published in the latest Proceedings of the National Academy of Sciences.