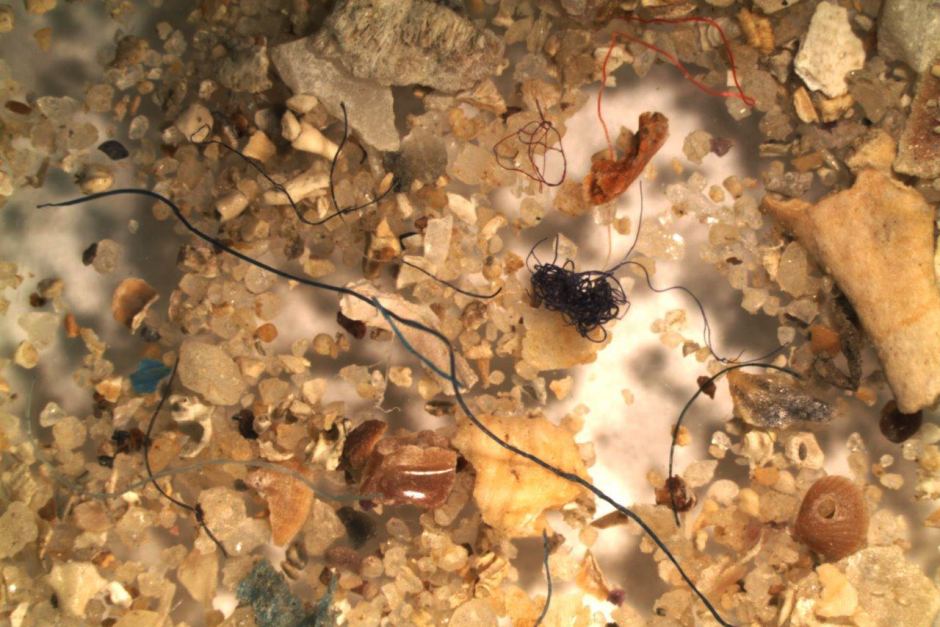 Researchers from the Institute for Marine and Antarctic Studies at the University of Tasmania have gone over maritime sediments from 42 locations between Adelaide and Sydney, but found the concentration is highest close to home – Bicheno in Tasmania.

The experts say up to 70 per cent of marine litter sinks down into sediment on the seafloor, but the latest study is among the first in Australia to assess the problem in detail.

They had expected to find higher levels of pollution closer to major capitals, so were surprised when similar concentrations turned up at some of the more remote sites.

Microplastics are created by the fragmentation of larger objects and pieces of plastic in sewerage systems and the ocean, but the term also includes micro beads intentionally added to cosmetics and micro fibres from clothing.

“On average we found about 3.4 microplastics in every millilitre of sediment we sampled,” marine biologist Dr Scott Ling said.

“To our surprise we found high levels of microplastics across the board.”

Interestingly, off the east coast Tasmanian town of Bicheno, that concentration rose to 12 microplastics filaments per millilitre of sediment.

“What looked to be plastic rope particles, so in places where there was a lot of fishing activity and a lot of maritime activity, there is certainly potential for items that are used in those areas to end up on the seafloor,” Dr Ling said.

“In a lot of these places where there were higher plastic loads there were plenty of marine life, a diverse range of species that could potentially ingest or get entangled in these particles,” he said.