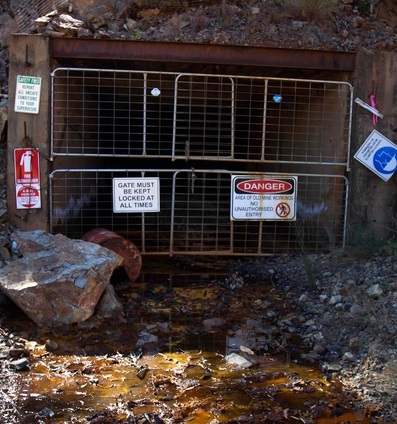 A mothballed Far North Queensland mine has been found to have contaminated waterways.

The Queensland Government has told residents around the Walsh River and Jamie Creek, south-west of Cairns, not to drink, swim in or use the water.

Environmental audits have revealed that the Baal Gammon copper mine, which sits next to the creek, has contaminated the waterway with aluminium, copper, zinc, and cadmium.

The issue has been around for several years, with former owner and the operator of the Baal Gammon mine, Monto Minerals and Kagara Pty Ltd, issued an environmental protection order (EPO) in 2012 to stop releasing contaminated water. A year later, the owners were fined a total of $200,000.

The mine then changed hands before its next owner, Consolidated Tin Mines, paid current owner Baal Gammon Copper Pty Ltd $1.8 million to assume liability in 2017.

Earlier this year, contaminated water was found leaking from the site during several inspections.

An EPO was issued to Baal Gammon Copper, ordering it to carry out works at the site to stop the flow of contaminated water.

Soon after, Queensland's Department of Environment and Science (DES) issued a statement to residents saying the contaminants in the creek exceeded the safe levels for drinking, recreational use and stock watering.

But there has been no word what measures have been taken to enforce the EPO, and the department has conceded that it is “investigating alleged non-compliance” with the EPO from April.

The mine’s owner, Brisbane businessman Denis Reinhard, says; “There is currently no release from the mine site into Jamie Creek”.

“All requirements of the EPO have been met including the replacement of impermeable material covering the waste rock dump, progress of which has been reported to DES,” Mr Reinhardt has told reporters.

“BGC is committed to improving the environment at Baal Gammon, which requires some considerable financial resources and will not be an overnight fix.”

The Queensland Government wants Baal Gammon Copper to pay an extra $2 million in financial assurance on top of $3.75 million already paid to protect the environment around the mine, but that order is subject to an ongoing land court case.