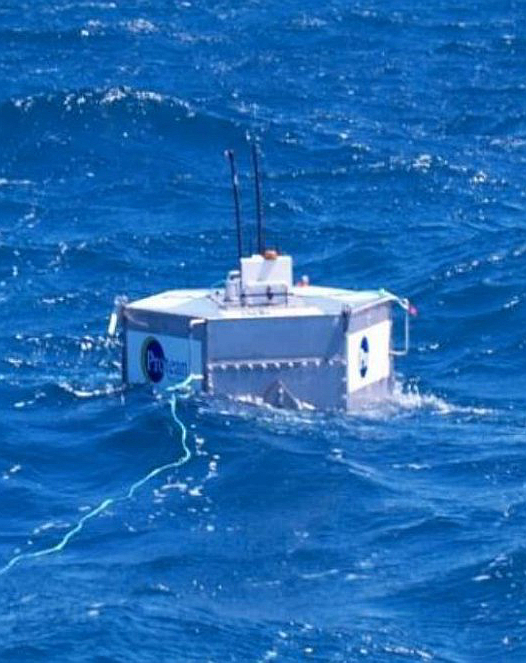 The WA port city of Bunbury will play host to the trial of an exciting new power source.

A rig of thirty floating buoys will be tethered together in a large-scale wave power trial.

The buoys are supported by weights filled with water and dropped on the sea floor. As the buoys drift up and down with the current, they create compressed air that is run through a turbine and converted to electricity.

The project is backed by WA-based company Stonehenge Metals, which hopes to produce 45 kilowatts of energy from the buoys to power onshore industrial operations.

It is a big step up from the company’s previous foray into free energy, after it tested single device off the coast of Fremantle earlier this year.

“The physics and the maths behind this are encouraging, but we need to prove it,” Stonehenge managing director Bruce Lane has told ABC reporters.

“We're looking at Bunbury as a test site.

“It would be really nice to be able to supply power to the Bunbury port and the alumina refinery but that may be hard to achieve in the short-term.

“We need to do this testing so we have confidence that it's worth going to the next step and building a commercial pilot.

“The waves don't go away at night and even when the wind stops blowing, you still get that swell rolling in every ocean in the world.

“If we can get it right, there's an inherent ability to deliver a consistent power source for any electrical use.”

The company says the technology could empower small island communities.

“There's about 60 small island nations in the world and they use a significant amount of electricity, most which is generated from diesel,” Mr Lane said.

“We think that's quite a big market rather than grid connected energy to power Perth or Bunbury.”

He said the idea had been floated that Rottnest Island, off the coast of Perth, could host Australia’s first wave farm.

“It would be a good thing to do but we haven't approached anybody to do that at this point.

“As a test location, it may not be ideal but certainly as a deployment location it would certainly be an interesting opportunity.”

He says a wave farm could even produce fresh water.

“The device creates shaft power from the movement of the waves and we can use that as a pumping mechanism,” he said.

“We could pump water either directly from the devices or using a compressed air driven pump, then you can drive a reverse osmosis desalination unit.

“There's obvious benefits to remote and regional communities and islands with that.”