Murdoch makes bold claim to do nothing 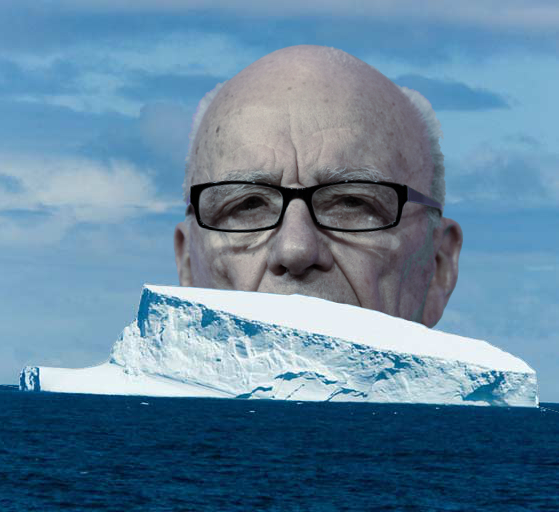 Media owner Rupert Murdoch says Australians should be greatly sceptical of climate change and its impacts.

In an interview with the national affairs editor of his own newspaper The Australian, Mr Murdoch said “there will always be a little bit of” climate change.

“Climate change has been going on as long as the planet is here,” he said.

“But how much are we doing with emissions and so on?” he asked.

“As far as Australia goes; nothing.”

“In terms of the world’s temperature going up... the most alarmist things have said... maybe three degrees centigrade in 100 years, at the very most one of those degrees will be man-made.

“What it means is; if the sea level rises six inches, it’s a big deal, the Maldives might disappear or something.

“But we can’t mitigate that, we can’t stop it, we’ve just got to stop building vast houses on sea shores.

“The world has been changing for thousands and thousands of years, it’s just a lot more complicated today because we’re so much more advanced,” he said.

Despite having no discernible credentials in the area, Mr Murdoch spoke at length about the environmental issues and options facing Australia.

“At the moment the North Pole is melting a bit, but the South Pole is getting bigger... things are happening” he said, to illustrate his point that the climate does in fact change.

But the shifting levels of polar ice are factors of a broader change in climate, the Antarctic Climate and Ecosystems CRC says, which is impacted by human-caused pollution.

Furthermore, a report last year from The University of Washington said: “The sea ice uptick in Antarctica is small compared with the amount being lost in the Arctic, meaning there is an overall decrease in sea ice worldwide”.

Murdoch also says Australia should embrace its large gas supplies for cheap domestic use, and should capture rainfall in the northern part of the country for massive agricultural expansion.

“We have these vast rainfalls in the North, which fall into the sea... a lot of that land is good land, and we could be the vegetable garden of South East Asia,” Murdoch said.

“I sound rather isolationist on this, but I regret a little bit all these great finds of natural gas... so much of it should be coming to Australia because it costs nothing.

“America today is being saved from a major recession... by some states defying the wishes of the federal government and bringing in cheap natural gas and becoming low-energy states.

“We can be the low-energy country of the world... but we shouldn’t be building windmills and all that rubbish,” he said.