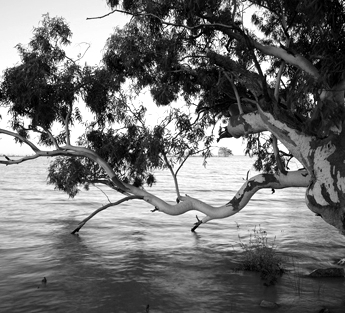 The Murray-Darling Basin Authority says it may not have enough funds for important improvements in the future.

A new report by the basin authority's Constraints Management Strategy group warns that the budget to fix rivers to handle larger environmental flows does not factor all the possible effects.

Theannual progress report marks the start of efforts to prioritise rivers in the basin that will be modified to let man-made floods to benefit the environment.

Constraints include bridges, levies, roads, homes and other infrastructure that could be damaged by floods if the river was run higher.

The report says state water ministers should be made to choose which rivers are most important for the overall health of the river system.

It says politicians will have to make the call, because the $200 million budget to fix constraints does not go far enough.

It says minister may have to decide whether to allow work on the Murrumbidgee or Goulburn rivers, but not both.

“The best Basin-scale outcomes that could be achieved for around $200 million would arise from addressing constraints along the entire main stem of the River Murray, the Lower Darling (as part of the Menindee Lakes Water Savings Project), and one of either the Goulburn or the Murrumbidgee,” the report says.

“While constraints measures in the Goulburn would make a more significant difference to achieving downstream outcomes in the lower Murray and have good in-valley outcomes, the in-valley environmental benefits of watering the many wetlands along the length of the Murrumbidgee are substantial environmental outcomes in their own right.

“Further refinement of the costs associated with mitigation would need to be done in the Goulburn and Murrumbidgee to prioritise between them.”

A Murray-Darling Basin Authority spokesperson added that changes should be made to prevent water-users from accessing flood-enhanced flows in some situations, so that the full effect of the extra water can be felt throughout the entire system,

The MDBA says more reports should be prepared for each key area of the latest study.