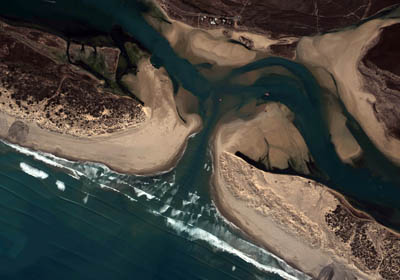 The Murray-Darling Basin Authority has released its round-up of key priorities for the river system in the year ahead.

Creating refuge areas for species to shelter during drier periods is a new theme for this year's MDBA environmental watering priorities, which has been added to two existing efforts.

“With a possible El Niño to occur later this year, it's really important that we start looking to shore up some areas where animals can sit out an extended dry period, even in the southern basin where there have been wetter conditions of late,” she said.

“There would be great benefit in having a network of well-maintained refuges in the north to increase the chance of fish surviving through a drought.

“Our waterbirds also rely heavily on having access to healthy wetland areas across the broader basin where they roost, nest, feed and get protection from predators,” she said.

Other priorities include improving condition of significant wetlands, such as the Gwydir and the Mid-Murrumbidgee wetlands, to support bird breeding, fish spawning and vegetation, as well as improving native fish habitats in the Macquarie River and connectivity in the River Murray System.

The basin-wide priorities are designed to bring all authorities and relevant parties together in a uniform approach.

Environmental water managers, like the Commonwealth Environmental Water Holder, will have to consider the MDBA’s priorities throughout the year alongside local priorities.

Managers are expected to release their water planning for the coming year shortly.

Details of this year's watering priorities can be found on the MDBA's website.