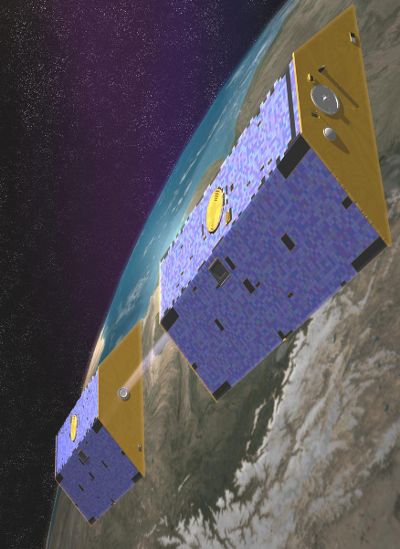 An experimental NASA satellite is providing some exciting and useful data on Australian groundwater, but it has all happened by accident.

NASA’s Gravity Recovery and Climate Experiment (GRACE) satellites were launched in 2002 with a mission to measure, for the first time, gravitational waves emanating from the earth's surface.

But soon after the program started, experts started discovering month to month changes in mass that they could not explain.

The analysts eventually figured out that the weight of groundwater in particular was being sensed by the satellite.

The accidental advantage has provided detailed information on water levels across areas of Australia that were previously very difficult to ascertain.

The GRACE satellite’s data indicates that water levels in the Great Artesian Basin are declining, but showed a significant spike in the volume of Central Australia's Amadeus basin.

“From 2002 until 2008 there was a statistically significant decline in the [Amadeus basin] groundwater,” Professor Alfredo Huate from the University of Technology Sydney told reporters this week.

“It's a tremendous spike in total water now available.”

Mr Huate said water from Central Australia's recent big rain events is not used by plants or evaporates, and so is goes straight into the groundwater table.

“It's definitely a good idea to make use of the data sets for [exploratory and developmental purposes],” he said.

Mr Huate says NASA is about to launch new satellites that will be even more accurate, and specifically designed to measure groundwater.

“We can expect to get much finer measurements that would presumably allow us to see where there is wells and where there is pumping at differential rates compared to other areas,” he said.

“That would be very exciting to see.”