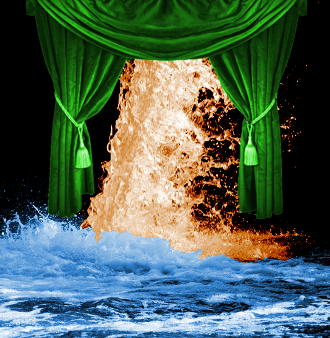 A new Australian invention could see a massive reduction in wastewater at mine sites, while boosting value too.

Engineers have employed some of the substances found in stomach antacids to trap and extract contaminants from the deadly leftovers of mining operations.

The local resource industries generate wastewater in the hundreds of millions of tonnes each year, but CSIRO says much of this could be reclaimed with their Virtual Curtain using as the basis for a new water purification technology.

The development could prompt a range of efficiency and productivity improvements across the mining sector.

In fact, the technology also produces a material high in metal value, which can be reprocessed to increase a miner’s overall recovery rate and partially offset treatment costs.

Virtual Curtain was recently used to remove metal contaminants from wastewater at a Queensland mine, purifying and discharging about 50 megalitres of rainwater-quality water.

Virtual Curtain utilises hydrotalcites, which are minerals sometimes found in stomach antacids, to simultaneously trap a variety of contaminants – including arsenic, cadmium, and iron – in one step.

In fact, the product itself comes from adjusting the concentrations of common wastewater contaminants, aluminium and magnesium, which then forms the hydrotalcites.

“By using contaminants already present in the wastewater we have avoided the need for expensive infrastructure and complicated chemistry to treat the waste,” CSIRO scientist Dr Grant Douglas said.

“If required, the treated water can be purified much more efficiently via reverse osmosis and either released to the environment or recycled back into the plant, so it has huge benefits for mining operators in arid regions such as Australia and Chile.

“It is a more efficient and economic way to treat wastewater and is enabling the global mining industry to reduce its environmental footprint and extract wealth from waste.”

The licensed technology, which can be applied to a range of industrial applications, is available through Australian company Virtual Curtain Limited.

More details in the following video.