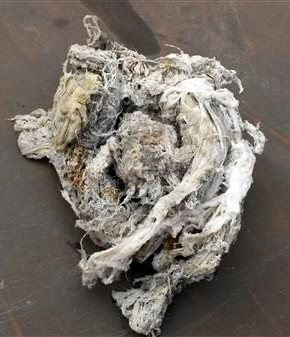 SA Water has come up with a fun new way to warn people about fatbergs.

Fatbergs are congealed masses of wet wipes, condoms, tampons, and other things that should not be flushed, which are held together by fats and oils in the sewerage system.

South Australia spends about $400,000 each year fighting fatbergs, leading SA Water looking for new ways to stop them at their source.

The authority has released a new song called ‘The Three Ps’, reminding water users that only “paper, poo or pee” should go into the loo.

“It's surprising that a lot of people actually don't know what does break down and what doesn't break down in the system,” SA Water innovation manager Anna Jackson has told reporters.

“It is, in fact, just the ‘three Ps’ that will go through the system nicely.

“Everything else — the wet wipes, the nappies, the tampons, the pads — don't break down.

“They sit up against a convenient tree root which might have grown into the sewer network looking for some water, and they form a blockage.

“It's pretty disgusting … they can get enormous.”

SA Water says wet wipes make up a significant portion of the problem.

“When a foreign object, such as tree roots, kids toys or sprinkler heads get lodged in a pipe, more often than not, fat or wet wipes will accumulate behind the blockage,” Ms Jackson said.

“This limits the flow of water through the pipes.

“Our trade waste discharge regulations have helped avoid the large sewer blockages witnessed in other parts of the world, where fat and wet wipes have stuck together and caused severe obstructions.”