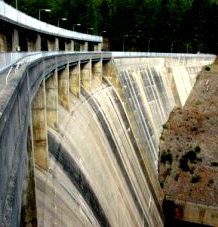 The NSW Environment Protection Authority (EPA) could take regulatory action over a dam overflow incident at a major mine.

Environmental officers have been on site at Rio Tinto's Bengalla operation in the Upper Hunter, taking water samples to be analysed in the wake of the spill.

The EPA says it is working with the mining company to investigate the incident, and it is unclear whether regulatory action will be needed.

“It's too early to say whether there'll be any regulatory action that arises from this,” EPA Hunter region manager Adam Gilligan has told ABC reporters.

“We're now going about our investigation.

“That'll involve both sampling and analysis, but also interviewing staff.

“We'll make a determination in the future as to whether regulatory action is appropriate.”

He said it was possible that extensive negative impacts have been averted.

“The discharge has stopped, so any potential for environmental impact will not continue from here,” he said.

“We are continuing to work with the mine to make sure that they're pumping out those dams to reduce their volume and increase their capacity when there are further rain and storm events.

“We're hopeful that there isn't a long-term impact.

“Our officers have been busy taking samples and we'll have those off for analysis as quickly as possible.”