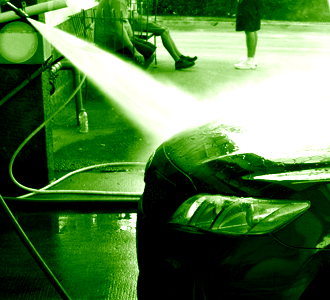 Victoria’s Opposition says it has a report showing toxic chemicals have been routinely washed into the Yarra River by Parks Victoria.

Reports say the Victorian LNP obtained the 154-page catalogue of health and safety incidents within Parks Victoria’s jurisdiction via freedom of information.

The report on incidents between January and October 2015 allegedly contains a brief summary of contamination of the Yarra at its Warrandyte operations centre, above Pound Bend.

The note – just nine sentences long according to Fairfax Media reports – sheds light on the apparently common practice of pressure-washing Parks Victoria's vehicles and containers at the Warrandyte centre.

This was apparently to rinse away hazardous and toxic chemicals like herbicides, fire-retardant foams, degreasers, detergents, poison baits and paint.

The Opposition says this toxic matter drains into three pits on the site which were not designed to store contaminated or toxic substances and do not have any filtration systems.

It even noted that “the wash bay doesn't meet any legal requirements and if the EPA was informed PV would face serious fines”.

Parks Victoria chief executive Bradley Fauteux claims the response to the issue was not fully implemented.

“We identified what we thought was an occupational health and safety issue with run-off from an old wash bay facility that's used clean vehicles and other things,” he told the ABC.

“We worked through mitigating the health and safety concerns and the third concern would've been to move on to the environmental concern around that run off and unfortunately that looks like that wasn't implemented.”

“Parks Victoria acted immediately to stop the use of the facility. Unfortunately they did not notify the EPA,” she said.

“It is my expectation that where these things occur, not only should the EPA be notified but in fact the community should be notified at the same time.”