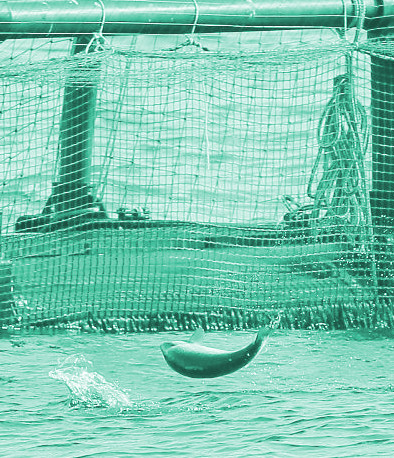 A Tasmanian department appears to have launched an investigation into the treatment of seals that it approved.

In 2016, the Department of Primary Industries, Parks, Water and Environment (DPIPWE) began investigating claims that workers for aquaculture firm Tassal were keeping up to 20 Australian fur seals in an empty salmon pen without food for multiple days.

Tassal had a permit to trap live seals that threatened its workers or infrastructure, which required the seals be removed from the water and put on land or under effective control within six hours.

Tasmania's Seal Management Framework says that only approved holding cages may be used, and only one seal at a time can be in each holding compartment.

The wildlife ranger observed the seals in the pen in 2016 and led the subsequent investigation, telling colleagues he had seen evidence of “a clear breach of the Seal Management Framework 2014A and the current seal trapping permits issued to the Tassal staff”.

Tassal lodged a request around the same time for a new permit to keep up to 20 seals in fish pens for seven days before relocating them.

DPIPWE granted that permit in October 2016.

Environmentalists say it is concerning DPIPWE granted Tassal the permit to keep seals in salmon pens at the same time as the department was investigating the practice.

DPIPWE has not laid any charges. More details are available here.