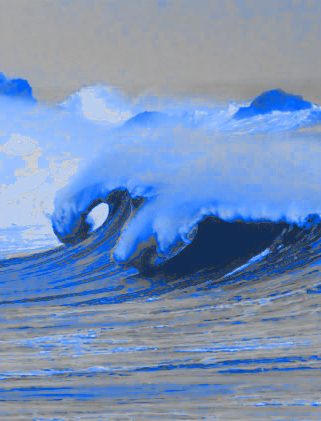 An Australian engineering firm is about to start a trial of the world's first wave energy microgrid power station.

Perth-based Carnegie Wave Energy has set up a pilot project that will use wave and solar energy to power Defence Department facilities and a desalination plant.

“This is a model for islands to move away from diesel-power generation into a combination of renewables,” Mr Ottaviano told the ABC.

“It's also [a model for] regional towns in Western Australia, particularly those that are either off-grid and also running on diesel, or those that are on the so-called fringes of a grid, typically on the end of long transmission lines.”

He said the technology could help cut the reliance on transmission lines, which in state as vast as WA are extremely expensive to maintain.

“It can cost hundreds of millions of dollars to upgrade, so as a way to avoid that sort of large expense, embedding renewable microgrids on the end of those transmission lines will be the future of clean power in Western Australia,” he said.

“The Garden Island microgrid project will do the equivalent amount of power for about 2,000 to 3,000 households, so it's already of commercial scale.”

The program will be helped by technical experts from Western Power.

The microgrid is expected to cost about $10 million all up, but it will produce up five megawatts of energy.

That is major slice of the Defence Department's electricity demand on Garden Island.

Mr Ottaviano said a successful trial could see the microgrid model rolled out in regional centres.

“This potentially could be rolled out to thousands and millions of households across Western Australia and beyond that really across the globe,” he said.

“The potential for these sorts of projects is enormous.”

Carnegie is currently in the pre-construction detailed design phase.

The entire project should be up and running by the end of 2016.