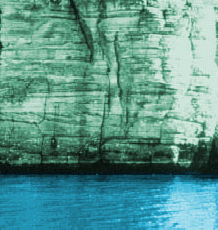 Experts have checked the possible effects of one method of carbon sequestration – injecting CO2 into aquifers.

Governments around the world are looking for ways to cram CO2 anywhere it will fit, other than in the atmosphere, in order to meet targets and promises for reducing emissions.

Researchers at the Lawrence Berkeley National Laboratory in the US have now released a report covering their tests of one sequestration method.

They found that earthquakes are unlikely to be triggered by CO2 storage in aquifers.

The authors examined the stresses the injections put on the storage site and found that as the CO2 is stored in softer sedimentary rocks, which are rarely under geological stress, the chance of quakes is low.

The report found that sedimentary rocks, in which CO2 would likely be stored, are softer than crystalline basement rocks and do not often find themselves under critical geologic stress.

Furthermore, they found pressure dynamics during CO2 injection suggested that the least stable state of the aquifer may occur at the beginning of the injection, making aquifer overpressures manageable.

“Overpressure will likely decrease over time as CO2 dissolves into the aquifer brine due to its high solubility,” the report says.

“Even if CO2 injection led to reactivation of faults, the high clay content typical of caprocks would likely seal the fault zone.”

The results suggest that properly located and managed geological CO2 storage sites would be unlikely to bring on strong induced seismic activitity.

The team says its findings are consistent with the observed behaviour of natural CO2 reservoirs.