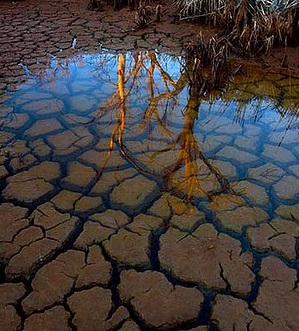 The study takes data from over a thousand observation bores to map shallow groundwater level changes across the Shepparton Irrigation Region, which includes the Murray Valley, Shepparton, Central Goulburn and Rochester irrigation areas.

Groundwater is mapped in depth segments of 0-1m, 1-2m and 2-3m from the surface.

Goulburn-Murray Water’s drainage systems manager Simon Cowan says the increase in shallow groundwater is most likely due to average to above average annual rainfall, particularly in late autumn and early winter 2017.

“At the same time, the watertable within the shallower 0-1m depth range decreased markedly in 2017.

“The majority of this decrease occurred in an area between Lake Cooper and Waranga Basin. This area tends to show greater annual fluctuations than any other part of the SIR.”

“We tend to see rising watertables when rainfall occurs on a wet catchment. During extended dry periods, there are risks associated with high watertables.”

Goulburn Broken Catchment Management Authority’s sustainable irrigation manager Carl Walters said the increased amount may not mean much for irrigators but does show the value of the mapping project.

“It’s been a significant and simple tool to help landholders and the community understand what is happening with the rise and fall of the threat of salinity over time,” Mr Walters said.

“As rising groundwater is often linked to an increased risk of salinity, the annual watertable study has also helped us with the planning and development of salinity management programs such as surface drainage, watertable management and irrigation efficiency.”