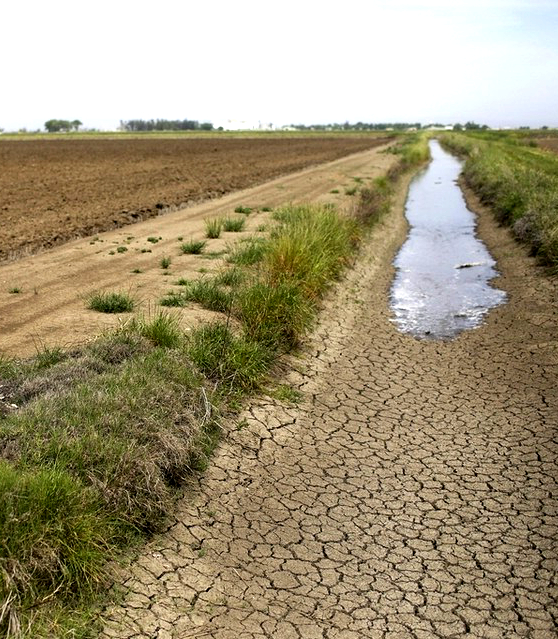 A troupe of New South Wales rice growers have visited the USA to learn how to avoid the damage done in regions like California.

The state that is home to some of the world’s richest and most famous is suffering with a four-year drought, which has decimated farms despite suspiciously avoiding the houses of the super-rich.

One of the big things the Australian farmers learned was just how differently water is treated between the two nations.

In California - water is ten times cheaper than what many irrigators pay here, and they get much higher allocations.

Agricultural science student Amy McAllister was part of the tour, and said NSW Riverina and Californian farmers seemed to have very different interpretations of water prices and availability.

“They [Californian farmers] were quite upset with the amount of money that they were spending on water which was about $18.60 a meg [megalitre],” she told the ABC.

“They said that that's high generally.

Over here in the southern Murray-Darling Basin, irrigators pay about $200 a megalitre for irrigation water.

Water allocations are much higher in the US too.

“A lot of the areas had a maximum reduction of water allocation of 25 per cent,” Ms McAllister said.

“So generally most areas had a 75 per cent water allocation and they were in their fourth year of drought which was really surprising.

“I think it comes back to the Government realising there's a shortage of food.”

Ms McAllister said she was intrigued by the Californian practice of flooding paddocks during the winter months.

She said the flush of water attracts birds and recreational duck shooters, which can be a source of supplementary income for farmers.

“The money they make from duck shooters is pretty much what they pay for their water.

“Their water over there costs a lot less to buy.”