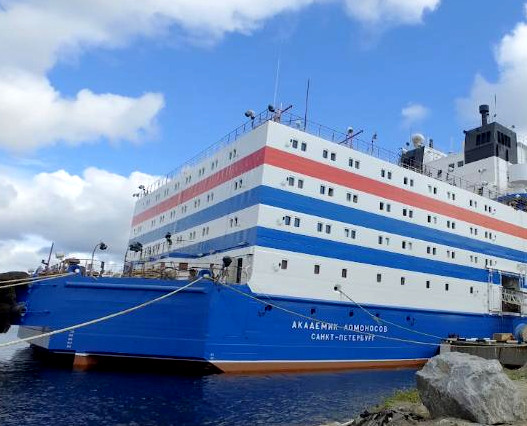 Russia has made a submission to a parliamentary inquiry into nuclear energy in Australia.

In it, the nation pointed to its own Akademik Lomonosov, a floating barge in the Arctic.

Russia says the floating reactor generates enough energy for a city of 50,000 people while being resistant to natural and manmade disasters.

It stores its nuclear waste on board, and only has to sail back to port for maintenance every 12 years.

The Akademik, which Greenpeace calls “Chernobyl on ice”, is currently anchored at a pier just off the shores of the Arctic town of Pevek, where it feeds local power infrastructure.

Canada has weighed into the inquiry too, lauding its own locally-designed nuclear energy plants and safety record.

Submissions by environment groups highlight the health, environmental and financial risks from a nuclear industry, which would only work in Australia with massive taxpayer subsidies.

Opponents say small modular reactors are a pipedream, and there is no real solution for nuclear waste.

Previous studies show dozens of sites in Queensland, NSW, Victoria and South Australia which could be suitable for nuclear power plants, including Bundaberg, Port Stephens, South Gippsland and Port Adelaide.

The inquiry's final report should be released this week, with Energy Minister Angus Taylor already suggesting that the moratorium on nuclear energy will stay.