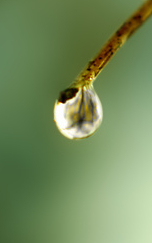 The South Australian Government has introduced a water licensing policy years in the making, but some forestry bodies have taken shots at it already.

South Australia's blue gum and pine plantations will now be accountable for the water used to grow trees.

The scheme will see companies that rely on forest resources in the lower south east of the state required to buy water licences.

The State Government says its plans will ensure sustainability of the forests, after nearly a decade of work to draw-up the policy.

But industry lobby Australian Forest Products Association (AFPA) says that while a licensing system is valid, it has to reject the science underpinning this Government scheme.

The group says the Government has overestimated the thirst of the trees.

“There are some understandings that we think are wrong around the way that forests intercept water,” AFPA chief executive Ross Hampton told the ABC.

“When you plant a tree you know that trees use more water when water’s available and they don’t use as much water when the water isn’t there.

“So it doesn’t make sense to create this carte blanche view that has taken a very high view of what the water used by forests is.”

“This is a terrible blow really to all of those businesses that rely on their raw material of forests,” he said.

“The State Government's come up with what we think is an artificially-inflated valuation for their water licences.”

But Professor Jennifer McKay from the University of South Australia said the water scheme is ‘world class’ environmental legislation, backed by a wealth of research and evidence.

“Having forestry account for its water use in any water region is a fundamentally sound principle,” she said.

“No longer is the assumption that the trees are not using water... they suck water up from a shallow aquifer but they also reduce the amount of water that gets on the ground.”

“If you just planted trees you stopped the other horticulturalists.

“I think it’s a herald for other places in Australia to look at this process or adopt this policy … it is a world first to have forestry properly accounting for its water use.”