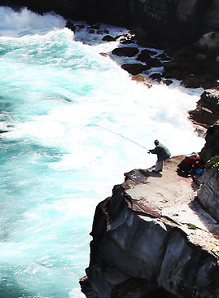 The scientists have been shocked at a globally unprecedented move by NSW premier Barry O’Farrell, who plans to remove fishing restrictions in what are currently no-take sanctuary zones.

In advance of the potentially disastrous decision, a consortium of 222 marine scientists have written a joint statement to the Premier, urging him to keep no-take marine zones free from fishing, upholding well-established scientific practice.

"Permanently allowing fishing in protected no-take sanctuaries will undermine their conservation value. No-take zones are essential for maintaining healthy marine life over the long term and serve as buffers against the risk of over-fishing,” says Dr Will Figueira, president of the Australian Marine Sciences Association, NSW branch.

“Last year Premier O'Farrell temporarily allowed recreational fishing in sanctuary zones, a decision made without consultation and not based on scientific research,” he says.

“Now the government may decide to make fishing in sanctuary zones a permanent feature of marine parks in this state.

“The concern felt by the science community, both in NSW and internationally, is of such significance that an unprecedented number of scientists have been motivated to write to the premier.”

New South Wales currently has a number of multiple-use marine parks, each with no-take marine sanctuary areas zoned within them. Though the sanctuaries account for only seven per cent of NSW state waters, which extend 5.5 km from shore, it is in these state waters where both extraction of resources and biodiversity values are most intense.

Some of the signatories feel the state has sold its environmental conscience for more mining.

"Globally, the scientific evidence is overwhelming that no-take sanctuary zones are essential to protect our marine life, and NSW is unique in the developed world in allowing fishing back in,” Marine ecologist Professor David Booth says.

“A decision to allow any form of extractive use in NSW marine no-take zones would represent a fundamental backwards step in our efforts to protect our diverse coastal ecosystems from the impact of ever-growing human pressures.”

The joint statement signed by over 200 experts is accessible here.