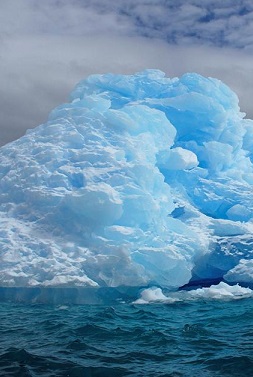 Researchers have probed the link between the Antarctic climate and Australian weather.

Changes around Antarctica can severely affect Australia’s rainfall and even influence the distribution of wet and dry zones across southeast Asia, an international study has revealed.

Research Chelsea Korpanty from the University of Queensland says the study of sea sediment showed the global climate underwent significant change about 14 million years ago, when the Antarctic ice sheet expanded.

“The new study presents shallow-marine sediment records from the Australian continental shelf, providing the first empirical evidence linking high-altitude cooling around Antarctica to climate change in the subtropics during the Miocene era,” she said.

“Our data is consistent with the inference that expansion of sea ice around Antarctica resulted in a northward movement of the westerly winds.

“In turn, this may have pushed tropical atmospheric circulation, shifting the main rainfall belt over large parts of Southeast Asia.”

The study used sediment cores drilled along the west coast of Australia, providing a long-term history of how rainfall and aridity changed on Earth from 16 to six million years ago.

The results of the expedition, and the data published in the paper, provided an unprecedented climate record for western Australia, capturing when and how Antarctic climate changes affected Australian climate conditions.

Research leader Dr Jeroen Groeneveld said the new study used a complete and thus continuous sediment record, which had not been influenced by potential drilling disturbances.

“Today the climate in western Australia varies from north to south - in the north the seasonal monsoon brings pronounced dry and wet seasons, farther south the climate is dry throughout the year, and in the south the westerly winds bring rain during the Australian winter,” he said.

The researchers used the natural gamma-ray data acquired with downhole logging during the drilling expedition to reconstruct variations in river runoff and dust, and then relate these to a history of precipitation and aridity for western Australia.

The study was part of International Ocean Discovery Program Expedition 356 by the research vessel JOIDES Resolution.

The paper is accessible here.