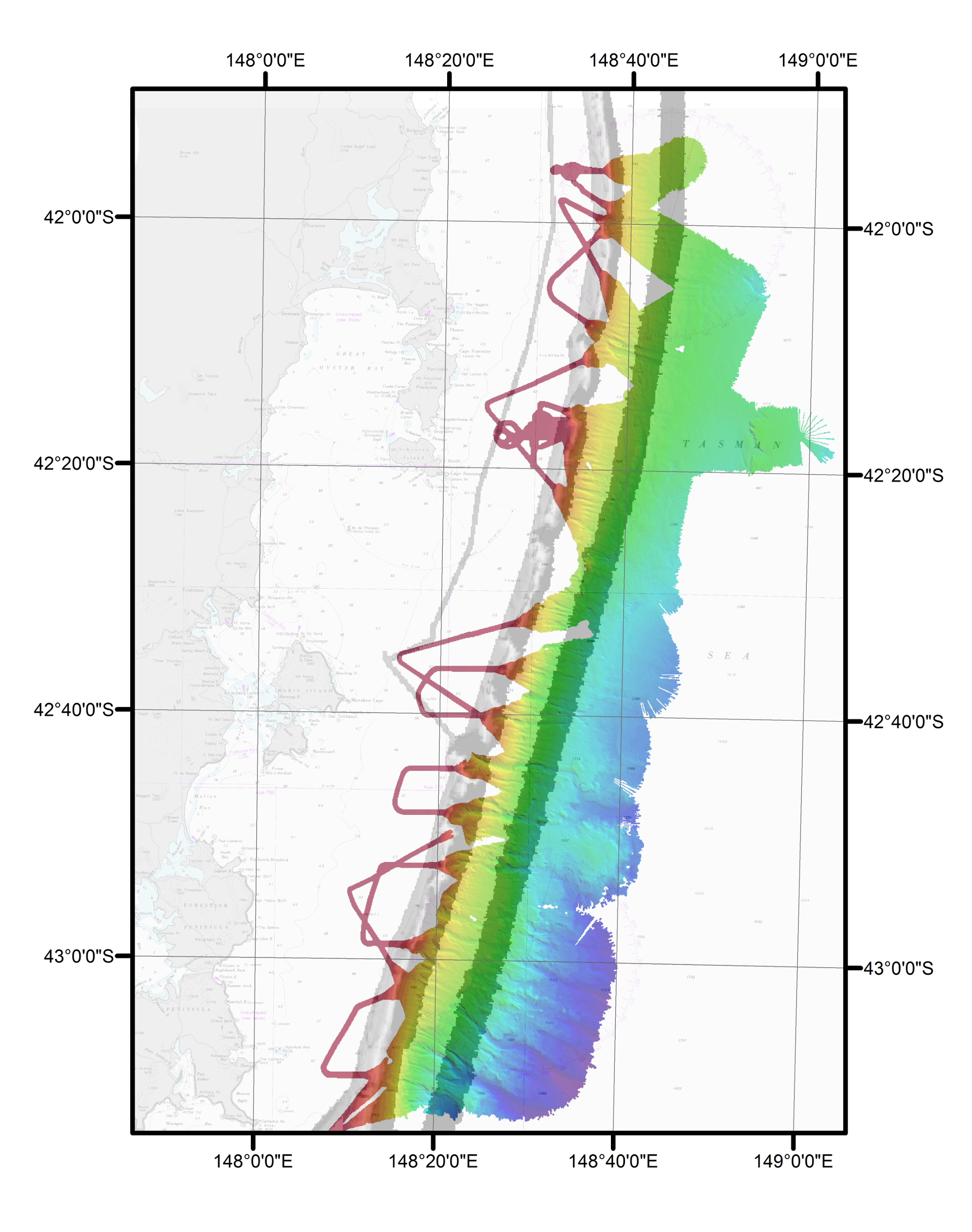 The CSIRO’s new high-tech research ship Investigator has tested its equipment on the sea floor around Tasmania, producing detailed 3-dimensional maps of areas never plotted before.

The sea trials off the coast of Tasmania were used to test and calibrate around $20 million worth of scientific equipment in preparation for research voyages in 2015.

The manager of the Geophysical Survey and Mapping Team at CSIRO, Dr Tara Martin, said all onboard sonar systems were fully operational and delivering clear and impressive images.

“Investigator is equipped with sonar that will map the sea floor in 3-D to any depth, and a sub-bottom profiling system that can look further up to 100 metres into the actual sea bed, to determine its composition,” Dr Martin said.

“We've been heading out 120 nautical miles north east and south east of Hobart to test and calibrate a range of equipment and the sea floor data is being collected where ever we go.

“While there have previously been images of Tasmania's surrounding sea floor collected in sections, the data we're collecting is at higher resolution than ever before and will fill in a lot of gaps for local fishermen, the maritime industry and scientists.”

The image to the right shows just how big an improvement the Investigator can provide.

The grey streaks along the coast indicate the mapping done by the previous Marine National Facility research vessel Southern Surveyor, which could only map the sea floor to 3,000m.

The coloured area was mapped by Investigator in the past few weeks. The contrast is quite stunning.

“The sonar on the previous research vessel, Southern Surveyor, operated to 3,000 metres and there are waters around Tasmania much deeper than this,” Dr Martin said.

Authorities say all of the data collected on board Investigator will be made public as soon as practical.

Under direction of an independent Steering Committee, the Marine National Facility is owned and operated by CSIRO on behalf of the nation.

Below is a rendering of an underwater canyon revealed by Investigator’s scans.