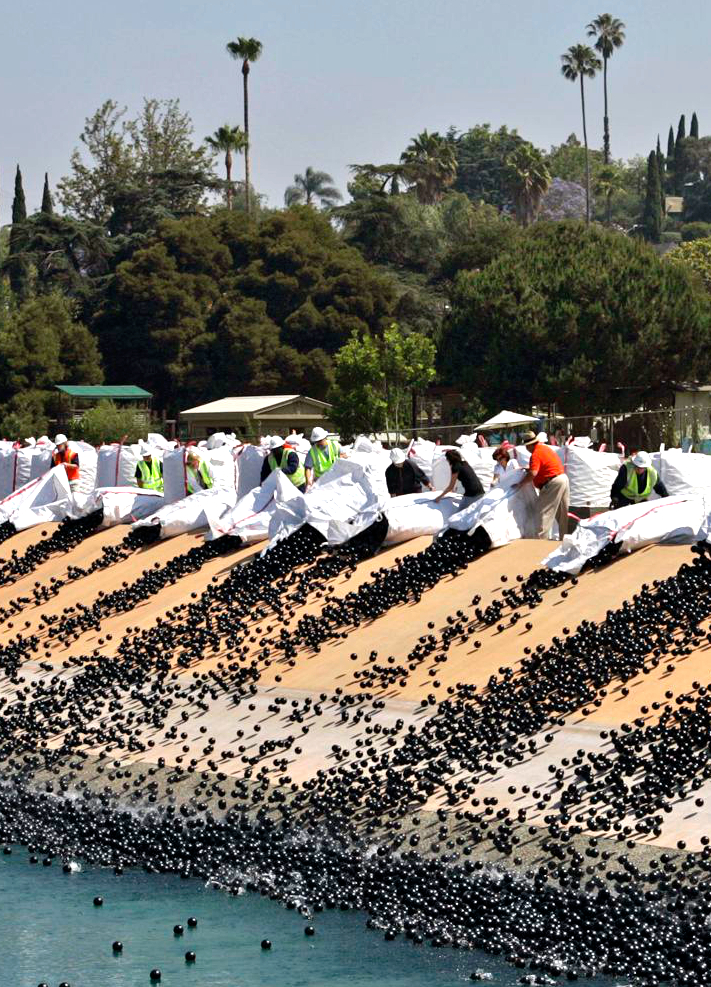 Australian authorities are looking to drought-affected California for tips on ways to improve water supplies.

Water managers at the city of Los Angeles are covering their major reservoir with 96 million little plastic balls.

The balls are made of high grade plastic, and coloured black to shade the water supply, while reducing evaporation and algal bloom.

“This is a huge reservoir,” says Director of Water Operations with Los Angeles Department of Water and Power, Richard Harasick.

“It's 126 acres and to put any kind of cover or roof on it would have made it the largest covered reservoir, at least in the United States, to the tune of $300 million or $400 million.

“So by putting the shade balls on, we solved all of our water quality problems and saved $250 million.”

The idea came from a bird defence system used at some US airports.

The balls are used to fill depressions near runways to discourage water birds from gathering.

Now, local experts are wondering if the project might be useful here.

Some have raised the idea of using a similar system at the Menindee Lakes water storage, which supplies Broken Hill in NSW.

Evaporation from the lakes - which have a surface area of 47,500 hectares - puts pressure on Broken Hill water supplies and sometimes forces authorities to limit irrigation extraction upstream.

But given that the Menindees lakes’ surface areas is about a thousand times larger than the Californian reservoir, the cost of covering it with shade balls would be astronomical.

There may be a different way, however, with researchers at the University of new South Wales experimenting with using recycled plastic bottles as a barrier.