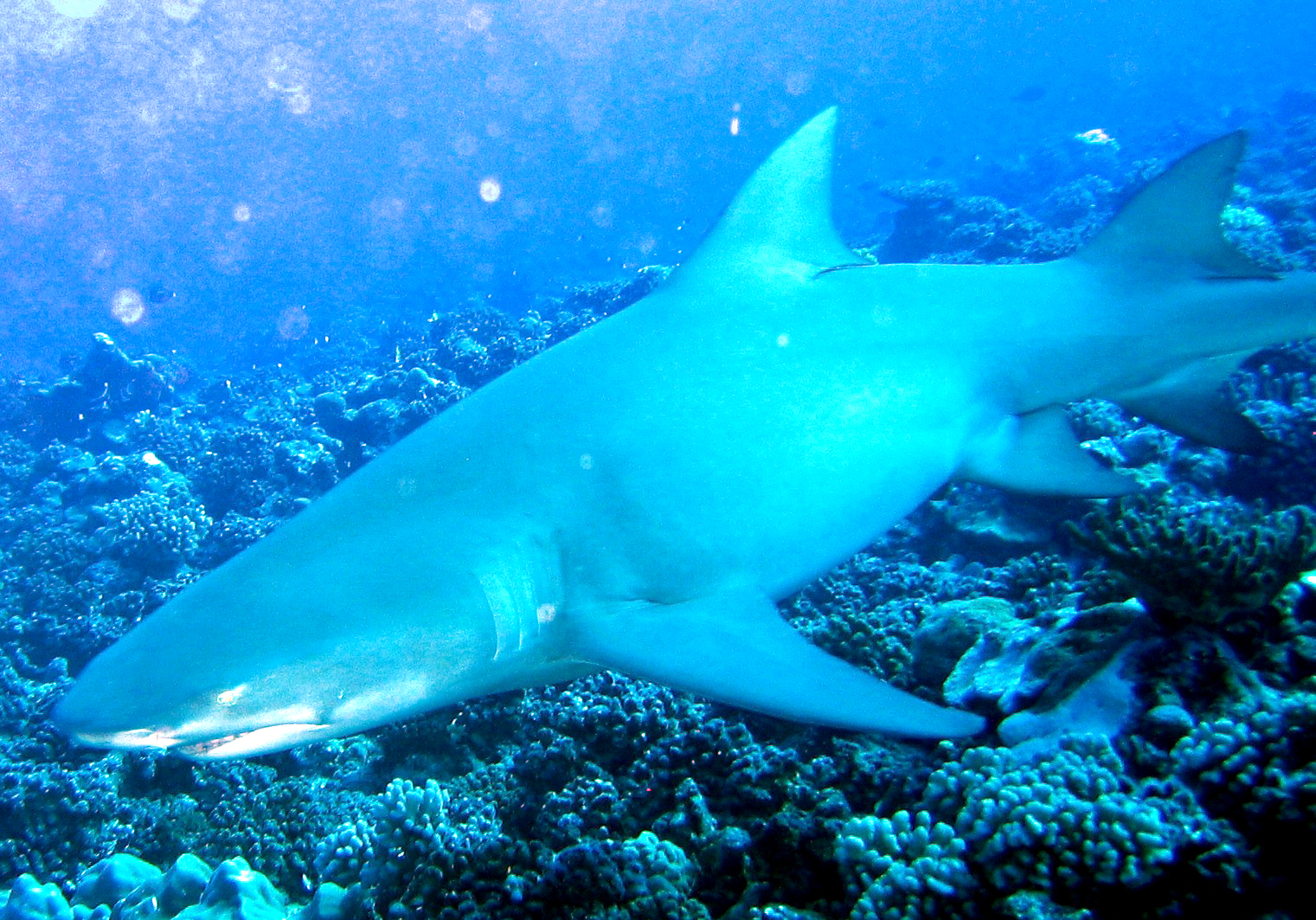 Experts have tested the theory that mistaken identity leads sharks to attack humans.

White sharks are often portrayed as ‘mindless killers’ and ‘fond of human flesh’, but a new study has become the first to test the theory that some bites on humans may instead be the result of mistaken identity.

The study found sharks can mistake humans for their natural prey based on visual similarities.

Video footage of seals, and of humans swimming and paddling surfboards, obtained at Taronga Zoo, were compared to predict what a juvenile white shark sees when looking up from below.

“Until now, the potential similarity between humans and seals has been assessed based on human vision. However, white sharks have much lower visual acuity than us, meaning they cannot see fine details, and lack colour vision,” says lead author Dr Laura Ryan.

“In these experiments, we were able to view the world through the eyes of a white shark.”

The poor acuity of juvenile white sharks means that they cannot discriminate between humans swimming or paddling surfboards and seals when viewed from below.

The mistaken identity theory is thought to be most relevant to juvenile white sharks because they are responsible for a large proportion of bites on humans, and this is a life stage when they begin to incorporate seals into their diet.

This is the first study of its kind to assess the plausibility of the mistaken identity theory behind shark bites on humans. The findings were published in the Royal Society Interface.

“We confirm the plausibility of the mistaken identity theory from a visual perspective, but sharks can also detect prey using other sensory systems,” Dr Ryan says.

“While it seems unlikely that every bite on a human by white sharks are a result of mistaken identity, in circumstances where surface objects, like surfers, are targeted from below, it is very possible.”

The findings of the study have inspired the design of non-invasive vision-based shark mitigation devices, which are currently being tested.