Small price of better life for all 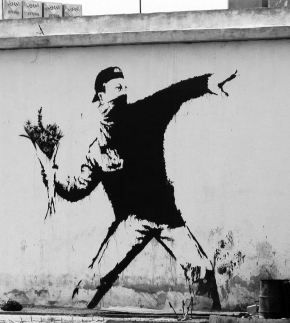 A number of experts have spoken out about the need to protect human societies by looking after the environment.

Marine parks and wildlife reserves are not worth keeping just for their own sake, or as a holiday destination, but because they can be a genuine benefit to national security and social cohesion.

The IUCN World Parks Congress was in Sydney last year at the same time as the G20 summit in Brisbane, but New York Times national security writer Tom Friedman said he attended the parks conference because it was more important.

“I can't think of anything that will affect national security more in the 21st century than the health of the ecosystem,” he told attendees.

He described national parks as “huge engines of life, basically, that sustain life not only in the immediate areas but downstream and in the air for millions and millions of people. And it's not just something you go and you visit and therefore preserving these is really, really essential for stability in every and any society.”

Friedman said many of the world’s major conflicts have been driven by environmental factors, such as drought ruining the livelihoods of farmers in the Middle East.

The Arab Spring and the revolution in Syria were among the examples of “huge climate, environmentally-driven event”.

Syria experienced what many consider to be the worst drought in modern history between 2006 and 2010, which saw a million Syrian farmers and herders flock to cities to find work, overwhelming the social infrastructure.

Some speakers at the Parks Conference talked about the ways the protected zones can in fact be a source of conflict.

There were more than 750 parks rangers killed in 2014, many dying at the hands of heavily-armed poachers linked to big crime syndicates.

Studies have shown that from the personal to the governmental scale, continued damage to the environment spurs violence between its human inhabitants.

But a new report shows that if just a small amount of the world’s defence budgets were re-routed to conservation, the benefits would be far greater than spending the same money on bombs - or submarines.

A review published in the journal Nature shows that between AUD$55 billion to $93 billion could be used extend enhance the global network of protected areas in line with the United Nations' Convention on Biodiversity's (CBDs) target to conserve 17 per cent of the land and 10 per cent of marine areas.

That amount is just 2.5 per cent of annual global military expenditure, but could bring profound security benefits.

“Fundamentally it requires the recognition that protected areas are core to the future life on our planet…It seems sensible to invest an amount equivalent to a tiny percentage of global military spending to help provide security for humans and all other living organisms on earth,” the study says.

“It is the approximately the same amount of money [people in] the US spent on their pets, the figure is put in a more clear light,” says Co-Chair of the IUCN Species Survival Commission Climate Change Specialist Group, Associate Professor James Watson from the University of Queensland.

“It really is a tiny sum of money that if invested well, could safeguard thousands upon thousands of vulnerable species, conserve iconic landscapes and seascapes, and ensure the most vulnerable people on earth have access to key ecosystem services that functioning nature provides.”