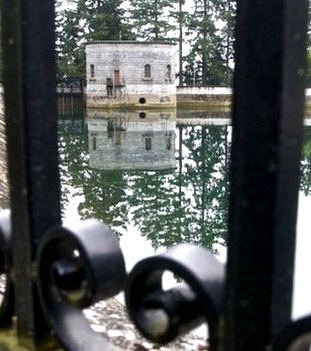 One US city has dumped millions of litres of drinking water after a local teenager was spotted urinating in the supply.

Late night surveillance caught a young man with a skateboard making an unsanctioned addition to a reservoir for the city of Portland.

The biological vandal is seen adding to the volume of the large reservoir, through the bars of a steel fence surrounding it.

As a result, the city has dumped the entire contents of the 140 million litre reservoir, despite tests finding no evidence of contamination.

The massive release has angered water-starved states along the west coast.

Portland Water Bureau administrator David Shaff has told local reporters that the water will be replaced.

“Our customers have an expectation that their water is not deliberately contaminated... we have the ability to meet that expectation while minimising public health concerns,” he said.

“We're in an enviable position of having an abundant supply ... Therefore releasing this water did not create any financial impact in the city or for our customers,” he said.

“Any time there is human contamination of our drinking water, as a precaution, we shut the reservoir down,” Mr Hall said.

A letter to the Los Angeles Times showed the dismay of residents in less saturated states.

“Really, Portland Water Bureau officials, do you have to flush 38 million gallons of potable water for the sake of a cup or two of human urine?” one writer asked.

“Have a little pity on your neighbours to the south. Remember California? That big, dry behemoth ... how do you think we feel, when we hear the whoosh of 38 million gallons going to waste?

The three men identified on the footage have been banned from the reservoir area, and Tim Hall says charges are being considered.