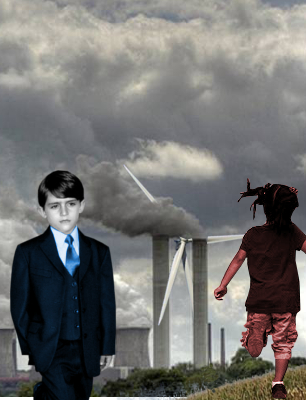 An Australian study, published today in Nature Climate Change, found that when it came to human-induced climate change, the actions and beliefs of both sceptics and believers could be understood as integrated expressions of self, underpinning specific social identities.

That is, a person’s stance on climate change often reflects their own idea of social standing, rather than their understanding of the facts.

Using an online survey of climate change sceptics and believers living in the US, local researchers measured differences between the two groups in regard to environmental behaviours, emotional responses, national and global identification, and a number of other variables.

Monash University social scientist Dr Ana-Maria Bliuc says that although there was a growing belief among the general public that climate change was real, there was also a sharp division in beliefs about its causes, with many people sceptical of human-induced change.

“We found the contrasting opinions of believers and sceptics about the causes of climate change provided the basis of social identities that define who they are, what they stand for, and who they stand with [and against],” Dr Bliuc said.

“In making up an aspect of self, these beliefs and emotional reactions can predict support for actions that advance the positions of each group.”

The researchers also found that part of the group consciousness of each group was anger at the opposing side.

“This finding suggests that antagonising sceptics and increasing their anger towards their opponents is likely to polarise them further, making them more committed to act in support of their cause,” Dr Bliuc said.

The researchers suggest the divisions between the two groups are unlikely to be overcome by communication and education strategies alone.

“Strategies for building support for mitigation policies should go beyond attempts to improve the public’s understanding of science, to include approaches that will change the relationship between the two groups.”

The study was undertaken by researchers from Monash, the University of Western Sydney, Murdoch University and Flinders University.