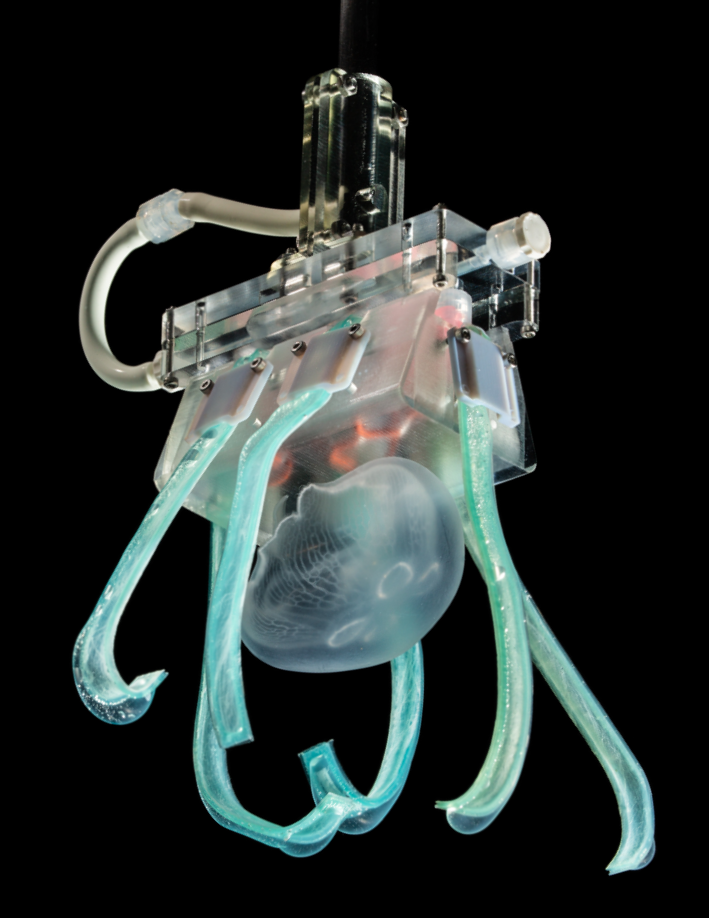 Engineers have created a soft-fingered robot to gently handle jellyfish.

The technology has been dubbed ‘linguine fingers’ – in reference to a popular type of pasta noodle.

Unlike a dog or cat, jellyfish have no way to complain about their discomfort.

Instead, analysis of which genes they express can give insights into how they are reacting to their environment.

Using gene sequencing, the researchers measured differences in jellyfish gene expression when they were swimming freely, held by the soft robot fingers, or gripped by the more standard rigid claw.

The gently-held jellies displayed gene expression patterns most like the undisturbed individuals, demonstrating their relatively calm response to capture.

Jellyfish caught by the claw also expressed ‘repair’ genes, suggesting they were priming themselves for physical harm.

The jellyfish study is just one example of the way that soft robotics can be used to perform studies less invasively.

Similar technology could be used to harvest fruits from trees without bruising them, rehabilitate the muscles of stroke patients and many other things that rigid-bodied robots are too clunky and overpowered to accomplish today.

Historically, ocean exploration has been a rough exercise; collecting data has required ripping material from the sea floor or killing specimens to then study at the surface. With the inclusion of soft robots, it is becoming possible to take swabs of DNA and even conduct medical check-ups of deep-sea organisms in real time, with little physical impact.