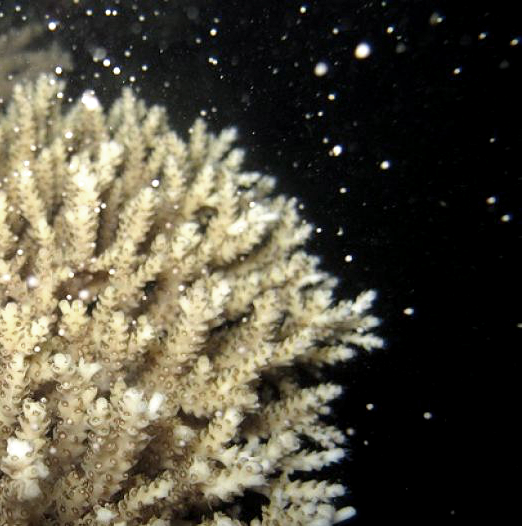 Scientists trained an array of sensors and cameras on the Reef for four days last week to catch the annual coral spawning season.

“Orpheus Island wasn't very badly affected and so it would appear that predictably the spawning went as per usual,” Professor Andrew Baird from the ARC Centre of Excellence for Coral Reef Studies told the ABC.

Bleaching has affected over 35 per cent of coral in central and northern parts of the Reef.

“It does look like certainly the number of colonies breeding is less than normal,” Dr Baird said.

“The main effect is that there's just not many corals left.

“Eighty to 90 per cent of the corals in the shallows at Lizard Island were killed by the bleaching so there's just a lot fewer corals.