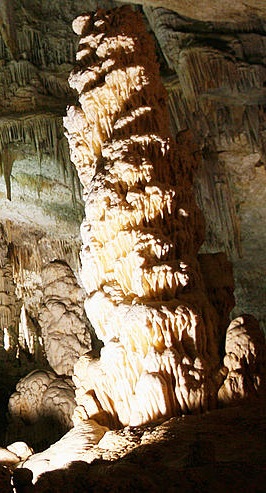 Like counting age from tree-rings or calcium layers in teeth, scientists have used stalagmites to look into the history of the environment.

Plumes of stone hidden deep in Indonesian caves have helped researchers peer thousands of years into the past, assessing rainfall activity and the cycles of the famous Australasian monsoon.

Investigations were conducted to find out just how important the global monsoon system is as a link between the climates of the northern and southern hemispheres.

“They are the only natural climate archive with the length, resolution and age-control required to document the response of the Australasian monsoon to abrupt climate change over tens of thousands of years.”

The familiar protrusions reaching toward the ceilings of caves are formed when rain soaks through limestone. The slow filter causes mineral-rich water to drip into the cave, building towers of calcium carbonate.

By analysing variants of oxygen embedded in calcium carbonate, the research team was able to tell the precise time and amount of rainfall in the area.

When it was dry in Indonesia, it was wet in China, and vice versa.

“The rainfall seesaw is a robust signal in climate models, but this is the first time we’ve had detailed and precisely dated records showing its widespread impact across Australasia,” says Dr Ayliffe.

“It’s a satisfying result because it contributes to a unifying hypothesis that explains how the hemispheres are coupled during ice age terminations.”

“For example, if the Asian monsoon were to strengthen due to greenhouse warming in the 21st century, as suggested by climate models, then Indonesia will probably become drier. Any decline in agricultural production related to drier tropics would clearly be challenging for Indonesia.”