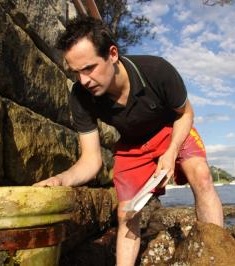 With plastic pollutants and additives piling up on land and in our oceans, an important study has sought to find whether the synthetic substances transfer to wildlife when they are eaten.

The short answer is yes; toxic concentrations of pollutants and additives enter the tissue of animals that have eaten microplastics, based on findings published in Current Biology.

Microplastics are tiny pieces that have eroded from larger plastic fragments, which are then consumed by a variety of animals throughout the food chain. The tiny chunks of plastic act like magnets, attracting pollutants from the environment to attach to the plastic.

Global production of plastic has now exceeded 280 metric tonnes per year, and a great deal of that will eventually be cast into the environment.

The new study sought to find out the true potential for harmful effects with a two-pronged approach; looking at whether chemicals from microplastic move into the tissues of organisms, and determining any impacts on their health and natural functions that sustain biodiversity.

Researcher Mark Anthony Browne, lead author of the paper and postdoctoral fellow at UC Santa Barbara says; “The work is important because current policy in the United States and abroad considers microplastic as non-hazardous.”

“Yet our work shows that large accumulations of microplastic have the potential to impact the structure and functioning of marine ecosystems.”

Laboratory experiments were undertaken in the US and the UK, in which lugworms (Arenicola marina) were exposed to sand containing 5 per cent microplastic (polyvinylchloride) as well as common chemical pollutants (nonylphenol, phenanthrene) and additives (triclosan, PBDE-47).

Lugworms were chosen because they comprise up to 32 per cent of the mass of organisms living on shores in the US and UK. They are consumed by birds and fish and used as bait by fishermen.

When the worms feed, they strip the sediment of silt and organic matter, helping give rise to a unique and diverse number of species. Consequently, this species is often used to test the safety of chemicals discharged in marine habitats.

Results showed that pollutants and additives from ingested microplastic were present in the worms’ tissues at concentrations that compromise key functions which normally sustain health and biodiversity.

“In the areas where a lot of the mortalities occurred, there has been extensive urban development so some mass mortalities could be potentially tied to plastic. On a hot summer's day when the tide is out, these organisms cook slightly because their hydrogen peroxide levels increase. And we found that the plastic itself reduces the capacity of antioxidants to mop up the hydrogen peroxide.”

Researchers found pollutants and additives from microplastic accumulated in worm guts at concentrations between 326 per cent and 3,770 per cent greater than those in experimental sediments.

The pollutant nonylphenol suppressed immune function by more than 60 percent. Triclosan from microplastic diminished the ability of worms to engineer sediments and caused mortality, each by more than 55 percent. Triclosan, an antibacterial additive, has been found in animal studies to alter hormone regulation.

Microplastic also increased the worms' susceptibility to oxidative stress by more than 30 percent.

“We've known for a long time now that these types of chemicals transfer into humans from packaged goods,” Browne said.

“But for more than 40 years the bit that the scientists and policy-makers didn't have was whether or not these particles of plastic can actually transfer chemicals into wildlife and damage the health of the organism and its ability to sustain biodiversity. That's what we really nailed with the study.”

More information is available from the full report in Current Biology.