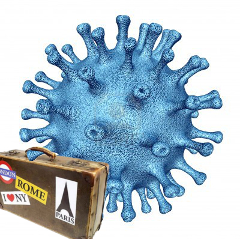 A new study has again shown the serious risks coming from the spread of antibiotics into the environment, this time through our waterways.

A team from Macquarie University has investigated low concentrations of antibiotics, which appear to be polluting waterways.

Using low, realistic concentrations of antibiotics that might be found in waste water, the team showed a series of worrying effects on both environmental and clinical bacteria, including rearrangements of the bacterial DNA, changes in the colonies that the bacteria form, and most importantly, the evolution of antibiotic-resistant strains.

“Because humans release enormous quantities of antibiotics into the environment from homes, hospitals and farms, it is likely that many bacteria in our natural environment are becoming antibiotic resistant,” said Professor Michael Gillings, co-author of the paper.

“These newly resistant strains may become the superbugs of tomorrow, meaning they are immune to all current antibiotics.”

Pollution comes from a variety of sources, including from antibiotics used during animal production, as well as from spreading manure on crop land or using sewage as fertiliser. Humans contribute too, as up to 80 percent of an antibiotic dose passes straight through the body and into waterways.

Both the World Health Organization and the Centers for Disease Control and Prevention in the United States have identified antibiotic resistance as a high priority for research.

Resistance can be prevented by using antibiotics wisely, by not dumping unused antibiotics in drains or toilets, and by improving waste water treatment.

“The consequences of this pollution are potentially very serious,” Professor Gillings said.

“Even very low antibiotic concentrations have significant biological and evolutionary effects. Australia has stringent regulations on the use of antibiotics in farm animals, but this cannot be said of elsewhere in the world and in the modern age of rapid transport, a superbug in the United States, China or India will inevitably make its way to Australian shores.”