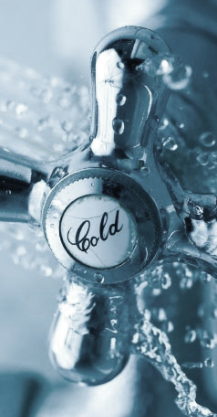 Sydney Water has released its 2016-2020 plan, which includes a proposal to cut the annual bill for the average household by up to $100, while the average business could save more than 10 per cent.

If the Independent Pricing and Regulatory Tribunal backs the plan, price cuts would come into effect from July 2016.

Sydney Water managing director Kevin Young says the utility has reached a new level of efficiency, and could pass savings onto customers.

“It's actually the first time in my career in the water industry that this has occurred and it's been driven by two things,” he told reporters.

“One is record low interest rates and secondly we've made some terrific efficiency gains within the business and both of those savings we'd like to pass on to customers.

“We have reduced the number of people at Sydney Water from 3,000 to less than 2,500... but we've also supplemented that with private sector involvement.”

Executive Director Adam Lovell from the Water Services Association of Australia said water bodies around Australia should look at the reforms at Sydney Water as a model for their own efforts.

“One of the untold stories here [is] that water utilities around the country working really closely with the private sector, harnessing the innovation that they can bring,” he said.

“That's then passed onto the customer so it's a really positive step all the way round.”

Mr Young told the ABC that if approved by the Independent Pricing and Regulatory Tribunal, the average household bill should fall.

“It's a proposal at the moment, it's not an outcome,” he said.

“It's got to go through a rigorous process with IPART.”

“This is the first time that Sydney Water's offered a price cut to customers and it's the first time in my career in the water industry in 25 years that this has occurred,” he said.

The NSW Government welcomed the plan too.

“Today is a great day for the families and business that rely upon Sydney Water services,” Water Minister Niall Blair said.

“For the first time in living memory, we are now seeing a utility proposing a saving for customers.

“Anything that eases the cost of living is a big tick in my book.”