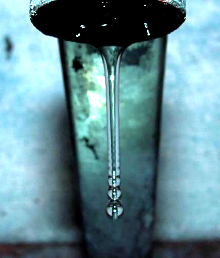 Brass fittings and taps that can leave lead in drinking water are being sold nationwide.

Public drinking fountains have been turned off in several Victorian cities after health officials detected higher-than-average amounts of lead in the water.

Lead exposure can permanently damage the brain and impair intellectual development and is particularly detrimental to young children.

Victorian Department of Health and Human Services (DHHS) chief health officer, Charles Guest, says “drinking water fountains are not the main source of daily drinking water”, and that fittings in homes are of even greater concern.

Master Plumbers Australia is aware of the issue.

“Lead is a long-term toxin and people should listen to the advice provided by the health authorities,” said Master Plumbers chief executive Peter Daly.

“The industry is currently looking at how we can substitute lead-free pipes and fittings.

“Master Plumbers has a concern about cheap imported taps and our advice to consumers is quite simple — if you're installing taps at home, make sure they're watermarked and they're installed by a licenced plumber.”

Studies dating back as far as 1988 have shown that brass taps and fittings can be a source of drinking water contamination.

“Despite this knowledge, plumbing components containing large concentrations of lead continue to remain available to consumers,” a 2016 study looking at lead from taps in NSW homes said.

Elevated lead levels from brass fittings have also contributed to extensive delays in the opening of the new Perth Children's Hospital.

Not-for-profit The Lead Group says the sale and installation of brass hardware is largely unregulated.

The group pushed hard to have lead removed from petrol and paint in the past.

“Now it is clear that all this time we should have been looking at the plumbing standards and the sale of lead in brass in fittings,” Lead Group vice president Elizabeth O'Brien said.

“Unfortunately, the way water works in Australia is that the water authorities are responsible for [water] up to the house, [but] the homeowner then becomes responsible,” she said.

“There's no regulation that says that you can't sell a product that's going to add lead to the water.

“All it says is that you shouldn't sell a product that doesn't comply with the standards, and when you look at the standards there is some grave problems that occur in testing.”