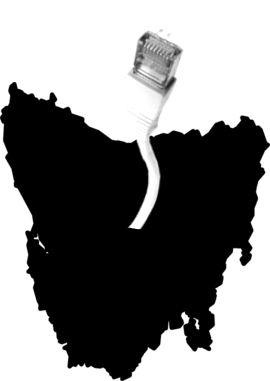 The Tasmanian Government is considering paying up to $20 million to attach the state to a global underwater digital cable network.

Developer Subpartners is putting in a cable from Perth, past the south of Tasmania to link to the existing Asian network.

The company says Tasmania can jump on for about $20 million when cable is laid.

The Tasmanian Government has commissioned a $180,000 study by Sydney consultants Advisian to investigate the viability of Subpartners' proposal, which is now before Cabinet.

The cable is part of a massive network designed to replace satellites for global communication.

The network consists of about 900,000 kilometres of cable split into 285 separate lines.

The first lines were laid in the 1850s to carry telegrams, and now carries almost 95 per cent of the world's internet traffic

“It's critical to attract overseas and international companies to consider making Tasmania their home,” he said.

“From a capacity perspective, for the companies that exist here on the island, it would provide incredible opportunities for us to sell around the world.”

The Government has been thinking about joining for over a year, and will have to decide soon, as Subpartners would be begining construction in the second half of next year if the state gets on board.

“It is crunch time, we do need to secure this future highway of information and technology and capacity for the island,” Mr Kestin said.

Tasmania currently relies on two cables from the Australian mainland, which are owned by Basslink and Telstra.

“The cost for Tasmanians is 40 per cent higher in backhaul than the rest of Australia and Australia itself has backhaul costs, which are about 200 times more expensive than in the US and in Europe,” Dr Gregory told the ABC.

“So any competition and any way that the costs can be brought down is going to be advantageous to Tasmanian business.”

He said the State Government should make Subpartners agree to offer cheaper deals than Basslink and Telstra.

“What you really want is for Subpartners to come in and make a concerted effort to say, look, we will match or lower prices for the average business once we get that tail into Hobart,” he said.

Dr Gregory said the benefits would reach well outside the IT sector.

“Every business in today's environment is going to be in a winning situation if they can get access to fibre, fixed wireless and satellite, and then if they're going to get access to competitive backhaul.”