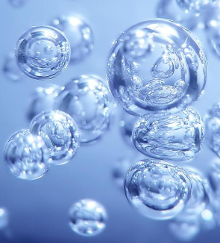 The attempt has this week been labelled “ill-considered, hasty and against the best interests of Tasmanian consumers” by the Local Government Association of Tasmania.

Mayor Downie said the Hodgman Government now wanted to take over the water and sewerage business without giving it the opportunity to finish the job it had started.

“It has undermined the good work of TasWater and its people, abused anyone who dared criticised the proposed takeover and falsely and foolishly described the State’s water and sewerage system as ‘in crisis’ and ‘third world’,” Mayor Downie said.

“This was blatantly untrue and unbecoming of a State Government.”

Cr Downie said after the initial establishment of the four water and sewerage corporations, TasWater had only commenced in July 2013, so a considerable amount of time had been lost as a result of restructuring and integrating diverse water and sewerage systems.

“But real progress has been made over the past three and a half years with 99.2 percent of Tasmanians now on potable water and major investments underway on sewerage works,” he said.

“For its own reasons, the Government now wants to terminate this and in doing so, saddle Tasmanian with hundreds of millions of dollars of unnecessary debt and take badly needed resources away from hospitals, schools and other community services.”

Mayor Downie said he had been subjected to personal criticism from Treasurer Peter Gutwein because he had spoken out on behalf of the owner councils and their ratepayers.

“This is essentially an attack on Local Government, as that is who I am representing,” he said.

“I am working to ensure TasWater operates to maximum efficiency and provides the best outcome for ratepayers and the community. I believe the balanced plan put forward by TasWater will achieve this.”

“This is my responsibility as TasWater’s Chief Owners’ Representative.” “Importantly, under the current ownership, if councils have a concern on behalf of a ratepayer, they can ring the TasWater Chief Executive or Chairman and get a quick resolution.”

“I seriously doubt that will be possible if TasWater becomes a Government Business Enterprise, answerable only to the Minister.”

“They’re not as accountable to the communities of Tasmania as TasWater is under the present structure.”

“Under the current TasWater ownership, distributions flow through to every council, with funds spent evenly throughout Tasmania. If the Government takes over, the politicians will decide where that money is spent,” he said.

Mayor Downie said it was particularly disappointing that the Government could only rely on misleading statements, tricky figures and personal attacks to prosecute its argument.