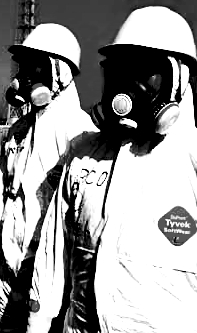 Japan is still deciding what to do with a million tonnes of radioactive water being stored at the destroyed Fukushima nuclear power plant.

The runoff from the 2011 nuclear disaster is being stored in about 900 large tanks at the plant, with about 150 tonnes added each day.

Experts want the Japanese government to gradually release the the water into the Pacific Ocean.

The water has been treated to remove all radioactive elements except tritium.

The government advisors say a slow release is the safest way to deal with the water, and is preferable to having the contents slosh out in an uncontrolled way if something breaks.

Plant owners TEPCO outraged the fishing community by appearing to support the release of the water earlier this year, causing the company to backpedal rapidly.

There is a lot of concern among the local professional fishing community and tourist sectors.

Naoya Sekiya, a University of Tokyo expert on disaster information and social psychology, said locals need to be informed about the basic facts.

“A release only based on scientific safety, without addressing the public's concerns, cannot be tolerated in a democratic society,” he said.

“A release when people are unprepared would only make things worse.”