Thousand year boost shows where the rain has gone 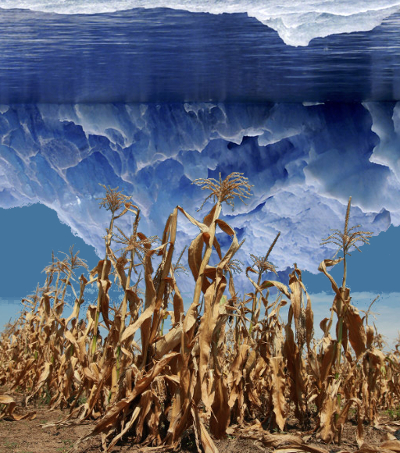 New Australian research has added some detail to the world’s ocean, air and climate maps.

Studies have shown how winds at sea keep Australia dry and Antarctica cold.

The new study helps to explain why southern Australia’s droughts appear to grow by the day, and why Antarctica is not warming as much as other continents.

Researchers have found rising levels of carbon dioxide in the atmosphere are strengthening the stormy Southern Ocean winds which deliver rain to southern Australia, but pushing them further south towards Antarctica.

“As the westerly winds are getting tighter they’re actually trapping more of the cold air over Antarctica,” she said.

“This is why Antarctica has bucked the trend. Every other continent is warming, and the Arctic is warming fastest of anywhere on Earth.”

As part of this study, published in Nature Climate Change, researchers used new techniques to enhance our knowledge of Antarctic climates by about 1000 years.

Previously, estimates were available only from the middle of last century, but by analysing ice cores from Antarctica along with data from tree rings and lakes in South America, Dr Abram and her colleagues were able to extend the history of the westerly winds back over the last millennium.

“The Southern Ocean winds are now stronger than at any other time in the past 1,000 years,” Dr Abram said.

“The strengthening of these winds has been particularly prominent over the past 70 years, and by combining our observations with climate models we can clearly link this to rising greenhouse gas levels.”

Co-author Professor Matthew England said the study was great for climate modelling, but not so great for Australians relying on large water supplies.

“This new research suggests that climate models do a good job of capturing how the westerly winds respond to increasing greenhouse gases,” said Professor England, from the Climate Change Research Centre at UNSW.

“This isn’t good news for farmers reliant on winter rainfall over the southern part of Australia.”