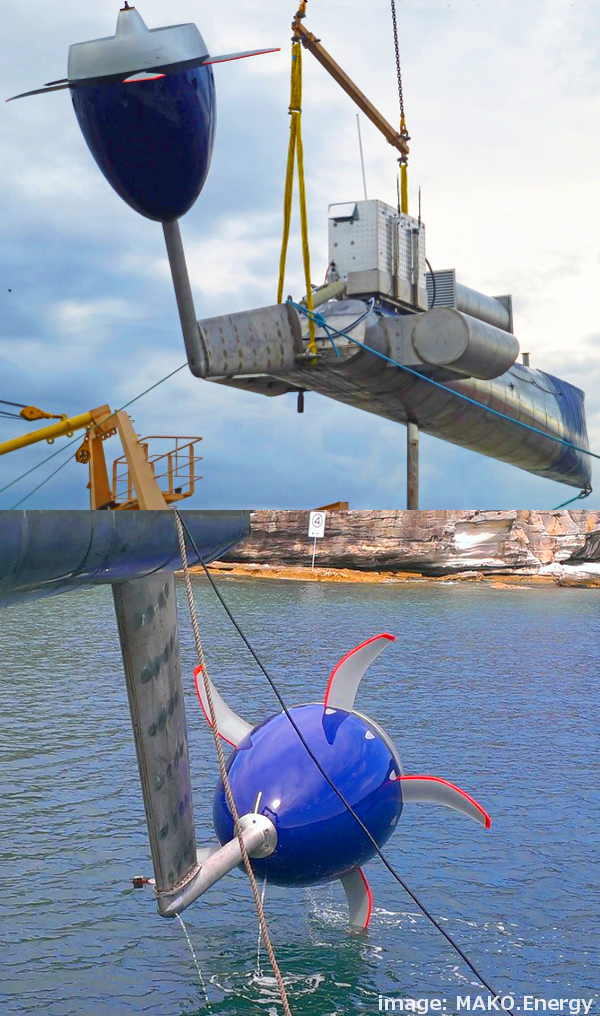 Large water-bound turbines are being tested in Tasmania’s Tamar River.

It is hoped that the massive weight of water that ebbs and flows with the tide can be harnessed as an energy source to reduced the reliance on fossil fuels.

The experts have attached one of the turbines to a floating platform in an area of the Tamar that typically sees tidal flows of about 2.5 metres per second.

AMC Associate Professor Irene Penesis says it is exciting to see the results of the first-of-its-kind test for Tasmania.

“We're very interested to understand how tidal technology could be integrated into the renewable energy mix and provide electricity back to Tasmanian households,” she told reporters.

“We're looking to deploy it for a few months yet to try and understand how it operates at full scale and what environmental impacts there are from deploying tidal turbines.”

“The big trends in renewable energy at the moment is energy storage in battery,” he said.

“Tidal energy is the perfect partner with batteries because of the predictability, but it's also a great potential contributor to the energy mix with other renewables to ultimately displace the use of diesel power in generating power.”

The technology is expected to be cost effective too.

“We predict that tidal energy will be amongst the cheapest of renewable energy, or traditional forms of energy,” Mr Hunt said.

“We've seen enormous potential from the demonstration here in the Tamar River, of course, the faster the flow of water the more electricity can be gained.

“The key benefit of tidal energy, is that it's predictable for many, many years in advance.”