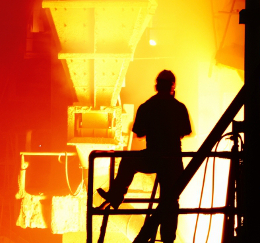 Authorities are investigating the apparent leak of a carcinogenic substance into groundwater in New South Wales.

The NSW Environment Protection Authority says the chemical Trichloroethylene or TCE has been reported around the former Bluescope Steel site in Wollongong.

Groundwater has been contaminated in the rail corridor that runs alongside the former steelworks facility, as located and reported by the Bluescope firm.

TCA is often used as a degreaser or general solvent. It causes dizziness, confusion and eventual anaesthesia in humans, and has been shown to cause liver cancer in mice and kidney cancer in rats. There is some evidence that TCE might be carcinogenic in humans, but it has not been conclusively proven.

The NSW EPA says it will undertake further testing of nearby residential homes.

A spokesperson for Bluescope has assured residents and workers that there are no immediate health risks, claiming the precautionary tests showed leaks in a localised area only.

The company also said the contaminated readings came from two to three metres below the surface.

EPA Director of Hazardous Incidents Craig Lamberton has told the ABC that the government body will work with Bluescope to ensure their measurements are correct, advise on further testing and inform local residents.

“The EPA's focus at this stage is on ensuring that testing undertaken by Bluescope is appropriate, timely and thorough, and that residents affected by testing are kept fully informed,” Mr Lamberton said.