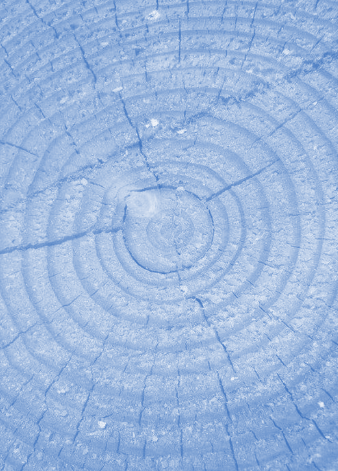 By examining the carbon isotope composition of tree-rings, researchers from Swinburne and the University of California, Davis have created an important new resource.

“Tree-ring data are vital to understanding past climates as well as predicting future climates across the globe,” says Professor Mark Adams from Swinburne University.

“Over the past 100 years, the data shows that the rate at which water-use efficiency increased was greatest during the Great Depression and in the aftermath of World War II – periods of much slower increases in the concentrations of carbon dioxide in the atmosphere.

“In the last ten years, however, the rate of increase in water-use efficiency has shrunk to close to zero – the mature trees are no longer acclimating to atmospheric carbon dioxide the way they were 60+ years ago.

“This has important implications for global hydrological models that help us understand, predict and manage water resources.”

Continuing rapid increases in atmospheric carbon dioxide are unlikely to elicit the same response from trees they did 50 years ago. Reductions in humidity and increases in run-off are now less likely than they once were.

Professor Adams says the data may also have climate implications for the current COVID-19 situation.

“If there is a pause in carbon dioxide emissions as a result of reduced economic activity generally, then we may see a rebound in the rate of change in water-use efficiency.”